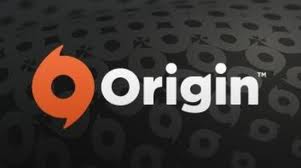 Gamers have been ticked off since the news got around that EA’s Origin basically contained spyware. GameSpot reports that EA has now changed the Original EULA. But is this enough for some people?

According to the GameSpot report:

“Earlier this week, Electronic Arts became a subject of controversy after customers took exception to the end-user license agreement in the publisher’s Origin downloadable game service. While EA did not return requests for comment at the time, it did amend the EULA in question in ways that may address some of the users’ concerns.”

The current agreement now says that “EA would never sell your personally identifiable information to anyone, nor would it ever use spyware or install spyware on users’ machines. We and agents acting on our behalf do not share information that personally identifies you without your consent, except in rare instances where disclosure is required by law or to enforce EA’s legal rights.”

Is this enough to calm the fears of gamers? It’s not the first time EA has had issues in terms of privacy. In 2006, there was a big controversy when it was revealed that they used player data as a way to target users for in-game advertisements.

This does seem to be the way of the future as advertising in gaming is reaching an all-time high and video games continue to grow in popularity. Is this something to be concerned about or is it something we should all get used to?

It’s likely this won’t be the last issue of this time we see from EA or other gaming companies.