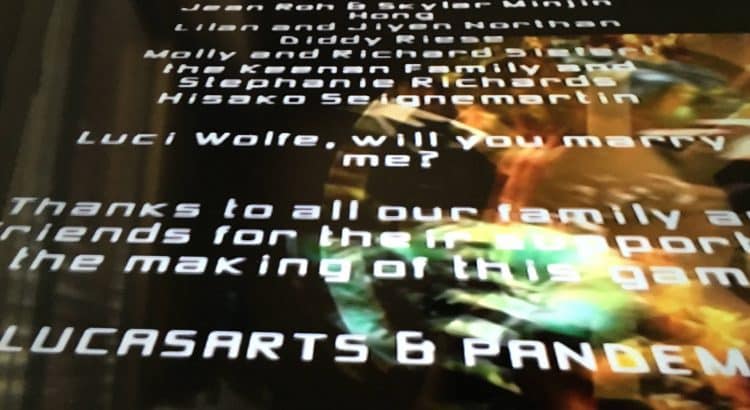 If you’ve played Star Wars: Battlefront II to completion, there’s a chance you may already know this, or perhaps you’ve heard about it in the forums on on the subReddit for Battlefield II. There is a marriage proposal in the credits. It scrolls quickly and if you’re not paying attention, you might miss it but it says: “Luci Wolfe, will you marry me?” It’s actually quite fun when games and movies put little notes, messages, or puns in their credits. In fact, many movie-goers know the trend for many movies to now show extra footage after the credits roll so people will stick around in the theater later to see the credits and this extra footage.

So what is the real story behind this marriage proposal? 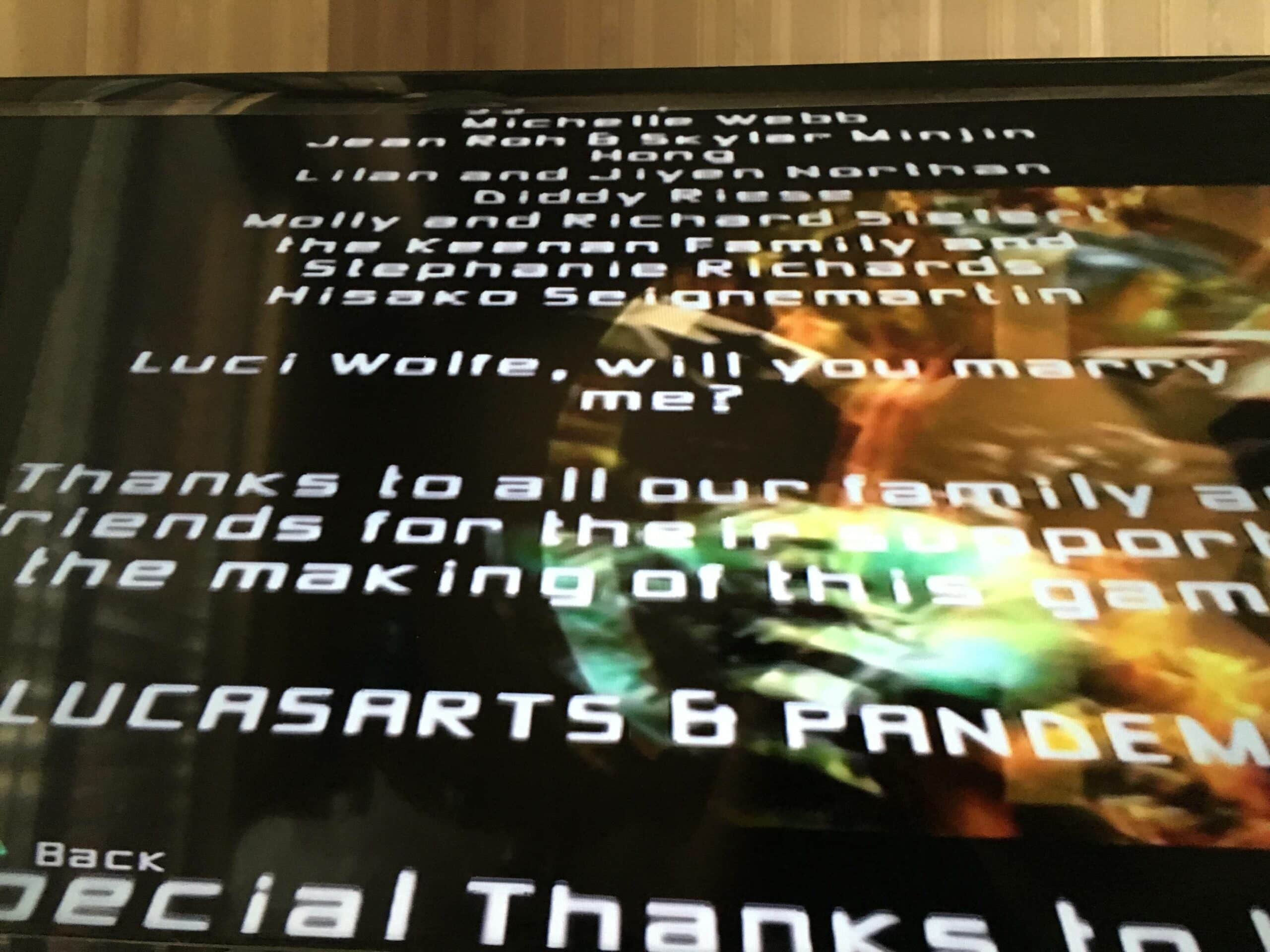 Every so often in the game communities, this topic will come up again and people want to know:

Did she say yes?

How did I never notice this before?

Well, there are actually several little “Easter eggs” in the credits that you may have missed. For example, the special thanks to section:

Right after that, you see the proposal. So the rumor mill says that Luci did say yes and they got married and all was well with the world. We’re not going to cite sources on this because most of them have been removed for privacy issues and therefore, we would not repost them. But the gossip mill of Reddit says that someone hunted them down via Facebook and was able to confirm the marriage. Other sources like work colleagues and forums also confirmed the news. So if it’s true, we’re happy for the couple and we hope they’re still together!

Another fun little fact: the marriage proposal was also in the instruction manual, but who reads the manual anymore anyways?