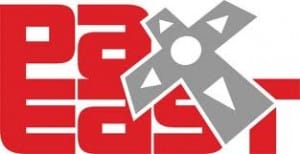 For anyone who did not get a chance to hear the Darthhater audio, Dulfy is offering up a transcript of it on Reddit.

It’s a pretty decent transcript and as always, we appreciate the time and effort Dulfy puts into helping

A: That is something we have being discussion, I can’t give you a timeline. We have a design for it but it is definitely not coming out in the next couple updates. It is something that is a big part of that class and you can expect something in the future.

Q: Which planet in SWTOR you guys most enjoyed designing and why?

A: If you talk to the writers and world designers it would be Voss because Voss it’s the only world that is brand new in SWTOR and has not appeared in any other Star Wars series before. The designers got a lot of creative freedom with it and that is why they like it.

A: That was our original plan but we ended up going with vehicle mounts. However now we are looking into adding more animal mounts into the game. You will see it eventually.

Q: What about flying mounts?

A: Free-form flying? That is the dream but you won’t be seeing it this year!

So what do you think of the info coming out of PAX East?