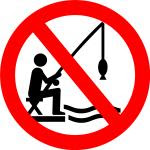 Many players are asking whether or not there will be fishing in SWTOR. It’s a reasonable request since many MMORPGs have fishing implemented as a profession in the game. Georg Zoeller addresses the topic on the official SWTOR forums and explains why there should be absolutely no fishing in SWTOR.

Zoeller explains why it is not really possible to fish in this galaxy by breaking down the various worlds and areas:
“Hutta – Poisonous swamp, all fish are horribly mutated creatures that would eat you on sight. Better not go fishing.

Tython – Lush landscape, so peaceful, except for those Flesh Raider guys. Who look like Sharks (at least according to Tython chat on the test servers). Just think about it. Sharks that walk. Better don’t think what’s in that water. Avoid fishing!

Korriban – Barren desert world. Full of evil and Sith. Empty of water, though. The only fish died millions of years ago. Some say it’s because the Sith are allergic to water (another reason they never learned to swim apparently).

Coruscant – Are you kidding? Remember the trash thing in the Death Star? Think about an entire planet dumping their garbage down the various drains. Better not fish there!

Dromund Kaas – Nice jungle world. Healthy climate. Well, except for lightning strikes. Some natural, some clearly overly angry Sith raging at the resident weather. Fishing during lightning storms? That’s a no. Well, maybe if you’re a Sith Sorcerer, but then again, you’re probably allergic to water. Dromund Kaas is out.

Taris – Lush jungle world…. full OF A DESTROYED CIVILIZATION. What little water is there is infested by .. things. Probably fish … with Rakghoul plague. Too dangerous to fish.

Balmorra – Hmm, perhaps. If it wasn’t for those bug things. Nasty large bug things. With claws. Ah, and the fact that Empire and Republic are fighting. No relaxing fishing in a war zone. Better avoid that.

Nar Shaddaa – Ah yes, a techno moon. No water to fish there. If there was, it’d be full of drowned gambler corpses and hutts. Hutts don’t like being fished. Out.

Tatooine – The Dune Sea. Great place to fish … for most.. I hear you can fish for Sarlaccs there. But there are Jawas. With Rocket Launchers. Out.”

Alright, Georg. We see what you did there. Funny stuff.