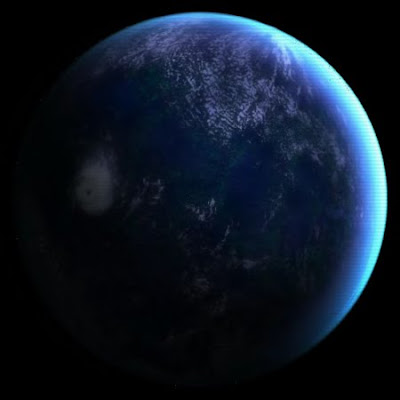 Dromund Kaas was the third planet in the Dromund system, a colony then the capital of the Old Sith Empire and later the lasting base of the Prophets of the Dark Side, whose Dark Force Temple contained such power in the the dark side of the Force that most weapons, excluding lightsabers, malfunctioned on the planet’s surface. The site of a major battle during the New Sith Wars under Kaan’s Brotherhood of Darkness, for millennia the planet’s location was known only to a few, very select Sith Lords, falling almost completely out of the public eye.

Description
Dromund Kaas was located within the boundaries of Sith space, and the only planet in the entire Dromund system to support life. A wet, marshy world, the majority of the planet was either ocean or swamp, making it difficult for any pilots attempting to land to find a stable location to bring their ship down.

The swamps of Dromund Kaas were thoroughly choked with vegetation. Massive, dark-wooded trees grew in the sludge and water, congesting the landscape in places to the point where the terrain seemed almost canyon-like. Vines spread from tree to tree, and ysalamiri clung to some of the higher branches; however, as of 10 ABY, the planet boasted little in the way of native fauna. The majority of creatures to be encountered on Dromund Kaas were either imported, or Sithspawn created by dark Force users. Only very durable life-forms seemed to survive long in the swamps, with predators such as mailocs, vornskrs, and swamp wampas being among the dominant species. In deeper waters lurked creatures such as water cycs and dianogas, awaiting prey to fall into their grasps.

In fact, one of the few species that could not be traced to elsewhere in the galaxy was the dart flower. Small, quasi-intelligent plants, dart flowers would shoot razor-sharp thorns at any passing lifeform, making the already hazardous trek across the planet even more difficult.

Old Republic Era
Once a colony of the Sith Empire, the location of Dromund Kaas would soon be lost, fading into nothing but memory. It was after the defeat of Naga Sadow during the Great Hyperspace War that the Sith Empire would once more rediscover the jungle world. Fearing repercussions from the Republic, a Sith armada began a series of treacherous random hyperspace jumps, wandering aimlessly for 20 years in hope to evade Republic capture. It was then that they rediscovered the world of Dromund Kaas. 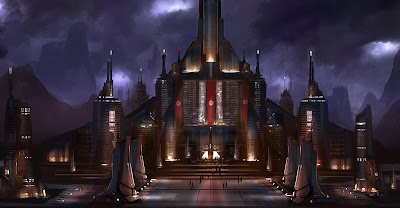 With Dromund Kaas now re-colonised the Sith would once more begin to rebuild their Empire. Within a century of their arrival Kaas City was established, at its heart stood a citadel, a seat of power for the Emperor and his Dark Council. It would be from Dromund Kaas that the Sith Empire would start to build up their armed forces in preparation for their revenge upon the Republic over a thousand years later.

With the Sith Empire once more defeated Dromund Kaas would once again fall into obscurity until the time of Kaan’s New Sith Empire nearly three thousand years later, although Kaan, leader of the Brotherhood of Darkness, was one of only two Sith to know of the planet’s location.

It was effectively abandoned until it became a refuge for rogue Sith Lord Darth Millennial sometime after 990 BBY. Having rejected the Rule of Two, a doctrine that insisted there only be two Sith at any given time, Millennial sought to begin a new dark side religion on the swampy planet, beginning what would later be known as the Dark Force. Followers of this religion, the so-called Prophets of the Dark Side, would rule the planet for years, until its rediscovery by one Darth Sidious sometime before the onset of the Clone Wars in 22 BBY.

Sidious, after enlisting the Prophets to his service, kept the planet’s existence a secret. He would later use it as a testing ground for his dark side adepts, and the planet remained known only to those few.

These events, however, took place outside of the public eye, and was unknown to the Jedi Order. Believed by most to be a myth, a story used by young Padawans to frighten each other, for years only rumors were heard of Dromund Kaas in the greater galaxy, and belief in its existence was held only by cultists and anti-Jedi conspiracy theorists. However, during the Clone Wars, Jedi Master Yoda, while investigating the deletion of several planetary systems from the Jedi Archives, discovered that not only was Dromund Kaas real, but the more unsettling news that it was within the boundaries of the Old Sith Empire.

It is believed that Yoda may have personally investigated the system, however any such mission would have been known only to the highest ranks of the Jedi, and any records of the project have been lost. Despite this level of secrecy, the 327th Star Corps would later fight a battle on Dromund Kaas during the Clone Wars.

Inhabitants
Dromund Kaas was, for the most part, an abandoned world, once the heart of the reborn Old Sith Empire it was now lacking almost anything in the way of sentient life. The major exception to this rule was the lasting presence of the Prophets of the Dark Side, and even they were few in number, remaining mostly confined to their Temple. In the centuries between their founding by Darth Millennial and their rediscovery, very few even knew of the existence of Dromund Kaas, much less that of the Prophets, with only whispers of the Dark Force being spoken in the wider galaxy. However, after their indoctrination by Sidious, groups of Prophets were moved off-world: Supreme Prophet Kadann and the Dark Jedi Sariss – the daughter of Lord Cronal – among them. In turn, Sidious would use Dromund Kaas as a proving ground for his dark side adepts, entrusting the Prophets with their early training.

After enraging Sidious with one of his prophecies, Kadann pulled the Dark Force off of Dromund Kaas, relocating to Bosthirda. The planet would then remain, for the most part, deserted.

By 10 ABY, the skeletal remains of Human or near-Human explorers were scattered across the swamps, picked clean by either time or native creatures.

Locations
Being a world of almost entirely sea and swamp, Dromund Kaas possessed very few notable locations with many falling into obscurity or destroyed by the time of the Galactic Civil War. The one major exception, however, was the Dark Force Temple. Located in the heart of the swamp, the Temple contained a nexus of dark side energy so powerful that it disrupted most types of weapons on the planet’s surface, including blasters, rail launchers and various explosives.