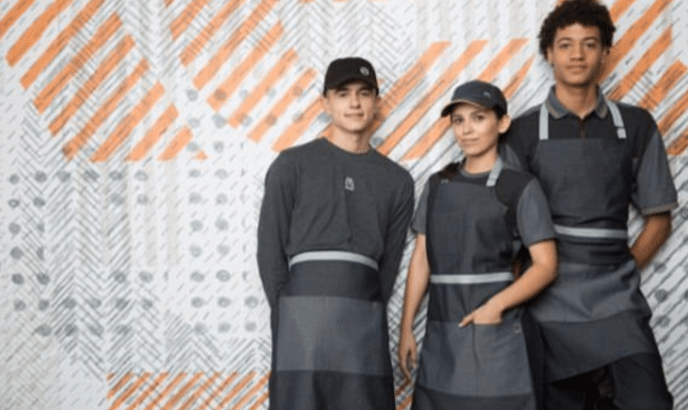 We bet whoever designed the new McDonald’s uniforms wasn’t using Star Wars as inspiration but good luck trying to tell the Internet that, now that the video and pics have been revealed. McDonald’s tweeted a video of how their uniforms have changed over the years and honestly, the newest design is the best of the bunch. That said, the internet couldn’t help having some fun trolling the fast food restaurant train when they realized the new grey uniforms bear a striking resemblance to the same uniform worn by a certain set of bad guys in the Star Wars franchise. Take a look and see if it jumps out to you like it did so many others on the Internet.

Check out how our uniforms have changed over the years to keep our teams looking and feeling their best! #TBT pic.twitter.com/pCcRwaM6B4

If you watch to the end, you’ll see the grey uniforms currently being worn in many of the US stores. 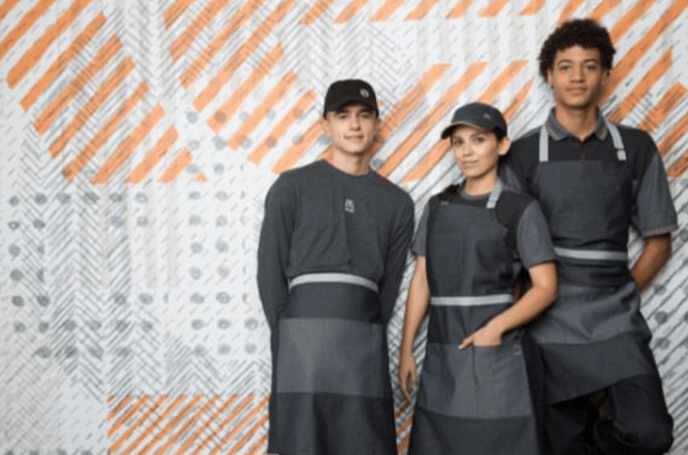 Not so bad, right?

Well, the internet saw similarities to the uniforms the Imperials wear and the trolling began: 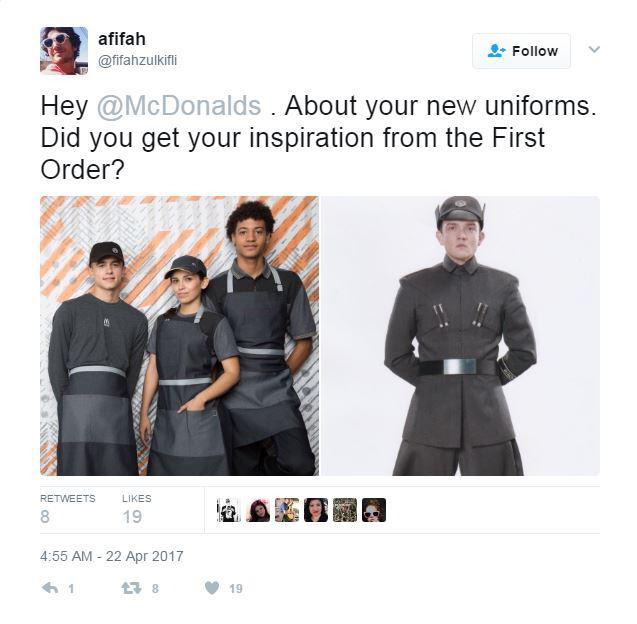 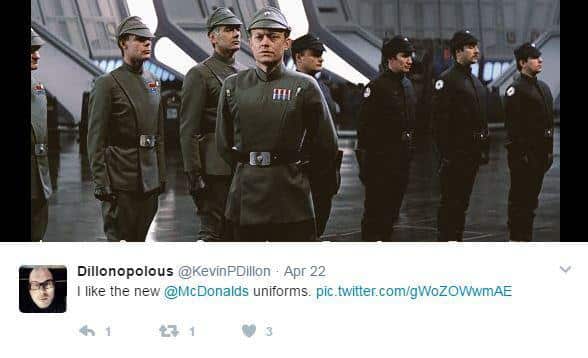 Yeah… now that you’ve seen it, it’s hard to unsee it, right? Thank you internet trolls for always being there to give a laugh or two. So maybe everyone just has Star Wars on the brain while we await the new films, or maybe it’s just a bit of lighthearted fun but no matter how you look at it, McDonald’s is probably thankful for the extra publicity. As for the employees, the color is slimming and besides, if you have to work fast food, there are far worst things you could be wearing.

Take this, for example: 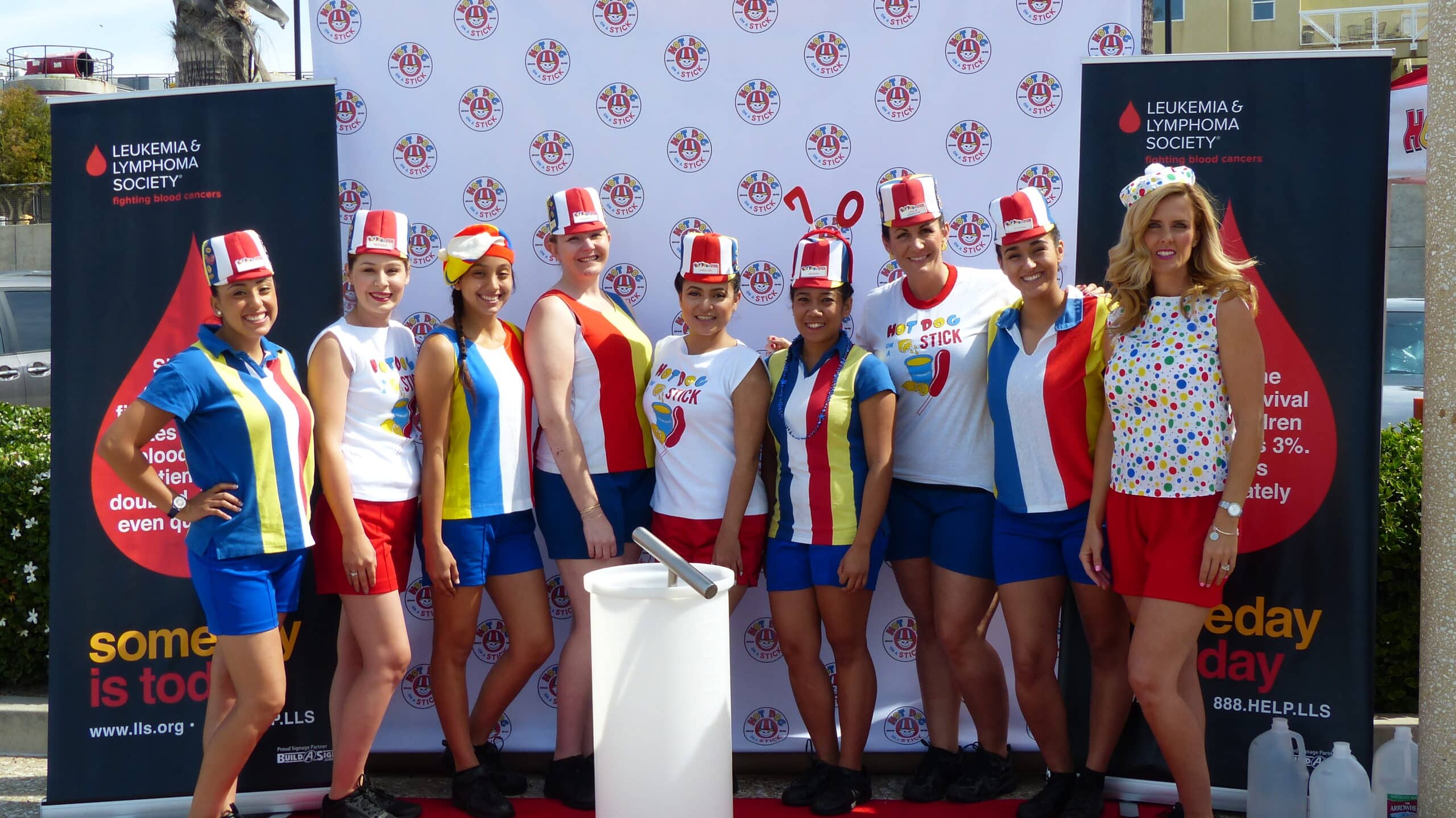 Courtesy of Hot Dog on a Stick

I don’t know about you, but I’d take looking like the Imperials over that any day!