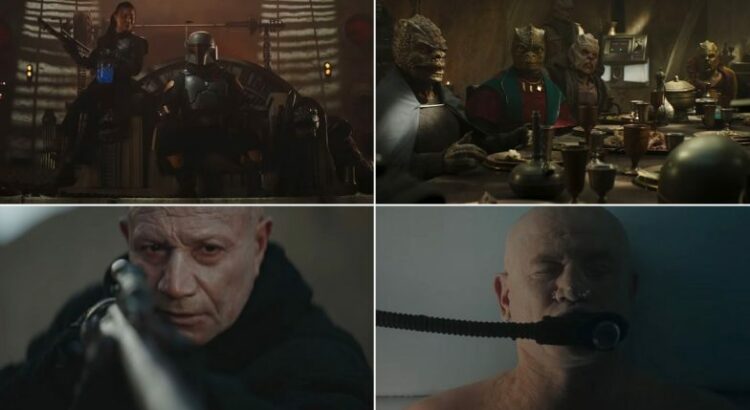 I’ve agreed with a lot of the shade thrown at the show. After all, no one hates Star Wars more than Star Wars fans – amirite? But today I think I finally was able to put my finger on what unites all of us: the flashback scenes have been better than the “present day” story.

Fans seem to agree that the Tusken Raider backstory has been excellent. It has added depth to both Boba Fett and the sand people, and we’ve gotten some really great scenes like escaping the sarlaac pit, the train heist, getting back Slave I, and others. The present day crime lord story seems to have fared less favorably. We got a weird slo-mo chase scene with Power Rangers, an odd fight sequence with Black Krrsantan, and overall a Boba Fett that is a lot more passive than what many fans want to see.

With the droid’s announcement of “your wounds are fully healed,” it’s probably safe to assume that we won’t be getting any more bacta tank flashbacks. The backstory has been established and we’re all caught up. We’ve been wound up after hearing Mando’s theme at the end of Ep. 4, so it will be interesting to see how the rest of the season pans out.

Personally, I think this is the end of the respect over fear mantra. Filoni and Favreau know that fans would froth at the mouth seeing Mando and other bounty hunters go scorched earth against the Pyke Syndicate.