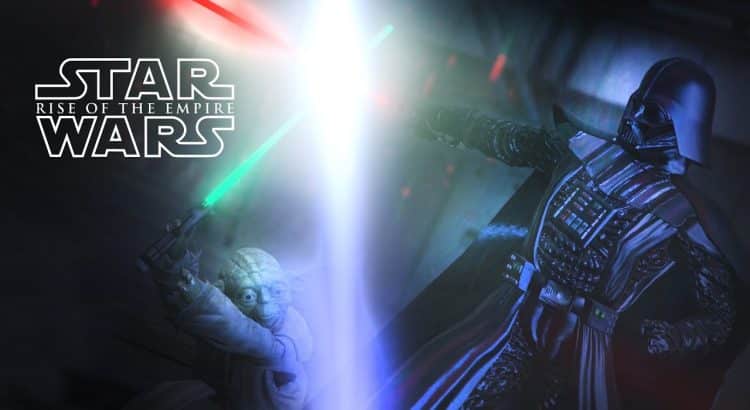 An empire will rise. Join the rebels in the biggest battles across the galaxy in this epic Star Wars fan film. This is a really awesome fan film from BTV that you have to see for yourself. Created entirely in GTA V using mods, this was an exhaustive creation with over 125 shots and fx, Rise of the Empire is their biggest Grand Theft Auto machinima. This is absolutely stunning! Visually it’s bright and crisp. The story and cinematography are engaging. The sound effects and music are spot-on. This film will get you excited just the way a Star Wars film should. You’ll be on the edge of your seat to see what happens next.

Personally, I’m a fan of machinima already. I think it takes a lot of creativity and they can be so much fun to watch but this one goes above and beyond most I have seen. It’s clean, it’s realistic, and it’s very engaging.

Really, there are no words that fully describe it and you just have to see it for yourself to get the full experience. It clocks in at just under 8 minutes and we’ve included it for you below so you can give it a watch. Tell us what you think and be sure to head over and tell the team that created it what you think as well. I hope they do more Star Wars films like this in the future. I’ll definitely be following to see because this is amazing!

This is a non-profit unofficial fan-film that is not intended for commercial use. It was made solely for fun.
Characters are owned by Lucasfilm/Disney and this fan-film is not connected in any way to said companies.