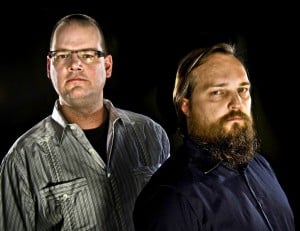 It was big news for BioWare when the founders, Ray Muzyka and Greg Zeschuk announced they would both be leaving the company for good, and to pursue other avenues in life. However, as we said when we first brought you the story, it seemed like there may be more to it than that.

David Lynch for Now Gamer writes about some reasons why the doctors may have actually left BioWare. After speaking with Ex-BioWare co-founder and Baldur’s Gate developer, Trent Oster they obtained some information that might indicate there is more behind the doctors’ departures.

“The last time I met up with [Greg], I felt his exhaustion,” explained Oster. “Punch out, eject, get the hell out”, was my suggestions to him and it hit closer to the mark than I had realised. I also think the Mass Effect 3 fan reaction and the Old Republic fans negativity was just too much.”

Oster said he wasn’t surprised when he heard the announcement from Zeschuk about leaving the industry. He explained:

“You have to love games and you put your heart into them to create them. To have the fans creating petitions against the work is pretty hard to take, especially when you’ve spent the last few years crunching overtime to try and ship a game. It can be hard to shut off the overwhelming negativity the internet spews forth, especially when it has your name or the name of your company in it.”

Honestly, this is something I have seen myself with friends in the industry and having visited video game studios before. These people put in long hours. They sacrifice in many other areas of their lives in order to build these amazing games for the fans and it takes a lot out of a person. I can see how to have that game or games rejected, too would really put a person over the edge.

But what seemed to really surprise Oster was when Muzyka announced he would leave as well. “Ray surprised me,” explained Oster. “I had him pegged as an EA lifer. My thought was the Ray agenda was to first usurp Frank Gibeau and then later John Riccotello as CEO.”

He followed up the comments with Now Gamer with one poignant and revealing opinion:

“I’m sure the internal culture at EA had pinned the Old Republic conversion to free to play as a failure and hung that completely on Ray, so that would have hurt his upward climb. But, I figured he would fight harder. EA upper management must have been even worse than I thought.”

This really brings up a lot of questions. Is it possible that SWTOR wasn’t a “failure” because of the game itself but really because some of the inner workings at BioWare as a company? When it comes to making video games, all teams have to work together like a family, in a cohesive unit. Is it possible that this is where BioWare slipped and was unable to be the best that they could be?

And is SWTOR really considered a flop at all? It still has the makings of a good game. Perhaps the free to play model is really just the approach they should have taken from the beginning.