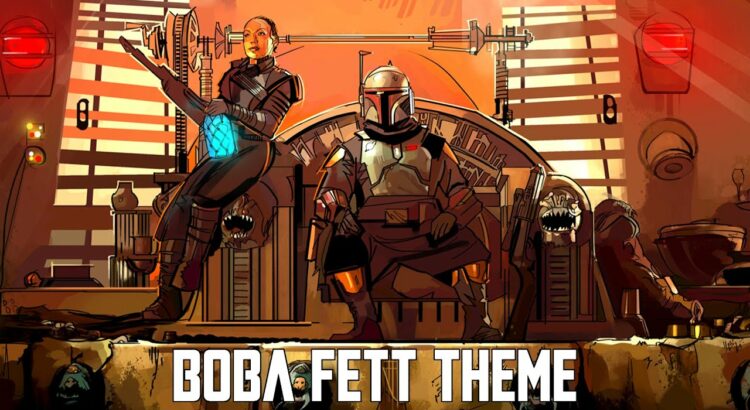 Let me say first that I absolutely LOVE Ludwig Göransson’s work on the Mandalorian and The Book of Boba Fett. He perfectly captures the tribal and dark undertones of the Mandalorian culture and knocks it out of the park with Boba Fett’s theme in the Mandalorian, his theme being a harsher and more ominous version of Mando’s more noble, heroic theme. It’s SO good and I wouldn’t change a thing about either theme.

However…I feel like there was a missed opportunity with the Book of Boba Fett’s theme. Don’t get me wrong, the one we have now that plays over the title card and end credits is REALLY good. I love how it starts out really ominous before becoming more heroic before falling back into that initial ominousness to show how even though Boba isn’t a ruthless bounty hunter anymore and that he’s softer now, there’s still a reason why he was once considered the galaxy’s best bounty hunter.

I know that it’s been established that Boba doesn’t really care about the Mandalorian culture, but I also feel the current acapella in the theme feels a bit lackluster. Just think about how cool it would be if we got some Republic Comando-style Mando’a in Fett’s theme instead of the “dum, dum dum, duh dum duh duh duh doo.”