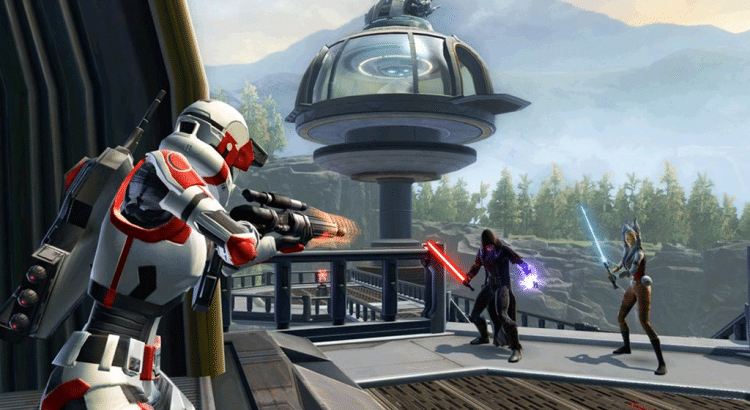 Recently, over three weekends (26-27th February, 4-5th March, 11-12th March), Bioware organised playtesting sessions, on the PTS, for players to test the new Warzone, and the new Arena, Rishi Cove. This is typical of when they want to test new zones and other areas of the game. However, some players believe they may have missed out on a valuable opportunity when it comes to playtesting this time around.

BioWare announced the times for the play sessions on the forums and also played along with players incognito, but they never did anyting else to advertise the PTS or to try to get more players to join so they could test these new areas.

Xam Xam is one of these players and she explains what she sees as a missed opportunity for BioWare on her blog:

See, once upon a time, Bioware invited us all onto the PTS to test healing changes in PvP. They gave the players Cartel Coins for their time, so lot’s players were enticed to come onto the PTS. Many a fun game were had, Bioware got their content tested by a large number of players and everyone lived happily ever after.

But no. This time around, when we really needed more players for testing, there were no incentives and barely any official advertising which unfortunately meant, very few players. Offering incentives, in the past, has seemingly made it worthwhile for most players to take the time to download the PTS.

Those are all very good points. I mean, Xam Xam loves SWTOR as much as anyone but this is a legit criticism of BioWare. Those playtest sessions are really important to the future of the game and making sure things are running as they should be.

She doesn’t just complain with nothing to say about how they could improve. She goes on in her post to explain some ways that BW could have done a better job with these playtest sessions. For example, they could have had a visible dev team. This always excite players since most love the opportunity to play against or kill some devs. They also should have done more to advertise the play test sessions and they could have offered some incentives to the players who were willing to spend their time and come out and do it.