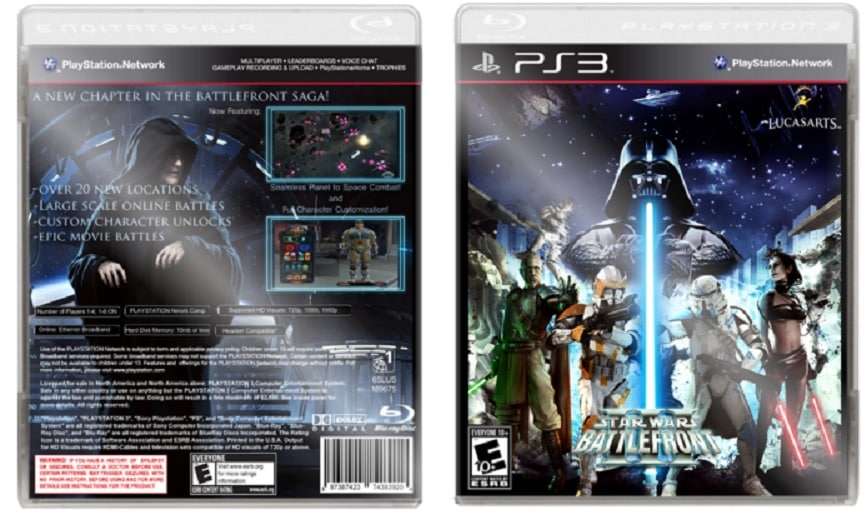 Star Wars fans, listen up! Do you want to play Star Wars: Battlefront early? Here’s how!

EA Redwood Shores and EA Canada are having playtest sessions that will last three or four hours on April 10th for Star Wars: Battlefront. If you are a resident of Vancouver or the San Francisco Bay area you are eligible to sign up for the EA Canada or EA Redwood Shores session. Click here for the application.

We would really like to know if any of you get to test it out and hear what you can say about, if anything.

The game is due to be officially unveiled later this month at a Star Wars Celebration at the semi-annual fan convention.

Star Wars: Battlefront has been in development at DICE by the ones who produced the amazing Battlefield franchise and Mirror’s Edge. EA stated that the new game will have a holiday 2015 release, in October of last year.

The developers Pandemic Studios, Rebellion Developments, and Free Radical Design worked on the Battlefront games before the series became dormant a few years ago. But now they are back in action!

In October of 2012, Disney acquired George Lucas’ major empire business and in May 2013, EA and Disney let everyone know that an exclusive deal for rights to certain Star Wars games were to be developed by BioWare, Visceral Games, and DICE.

A Canada and EA Redwood Shores are holding playtest sessions, which last three to four hours, on Friday, April 10 for the still-in-development Star Wars Battlefront.