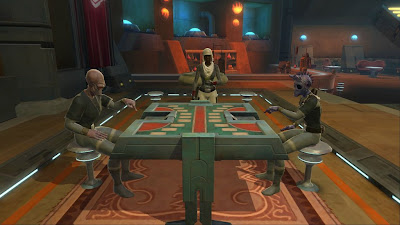 But BioWare has now revealed that over a million hours of testing went into the MMORPG Star Wars: The Old Republic last weekend. 1 million hours!

Tens of thousands of people played the game in order to test for a smooth launch coming December 20th. With only a month to go, it was the perfect time for BioWare to see if the servers would handle such a large influx of players. It’s also a fantastic opportunity to get more gamers into the SWTOR rage who may not have previously pre-ordered the game.

BioWare co-founders Greg Zeschuk and Ray Muzyka told Eurogamer about the weekend game testing event in an interview at BAFTA, London last night. They said the mood at BioWare Austin was very measured.

“It’s not panicky. I just came from Austin. It’s very measured. It is coming soon. The game is largely where we want to be. It’s not like we’re trying to jam anything in in the last minute. We’re trying to finish everything off to the level we’re satisfied with.” Zeschuk said.

“Our goal is a smooth launch,” Muzyka added. “We want to serve our players really well. We want to serve them with a great, stable, secure, high quality experience. That’s our goal. We’re doing everything we can.”

It’s a huge undertaking and staff themselves seem to be very paranoid and cautious but so far, it seems that things are on the right track for a successful SWTOR game launch in December. Are you ready?
0
SHARES
ShareTweet