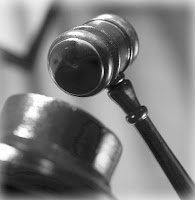 If you’re going to be playing SWTOR in just a few days along with the rest of us, it’s a good idea to make yourself familiar with the posted rules of conduct. Most of it is traditional MMORPG and online game play stuff but there are a few things that really stick out to us and honestly, a couple of things are downright frustrating.

For example, macro software is not allowed but Bioware has no problem whatsoever with you paying 0 for the Razer keyboard to do the exact same thing. Is this really fair to those who don’t want the Razer or to those who cannot afford it?

Anyway… here are some of the ROC (rules of content) that you need to be familiar with:

To keep the Service a compliant, fun, fair and safe gaming environment for everyone, you may not engage in any of the following behavior: