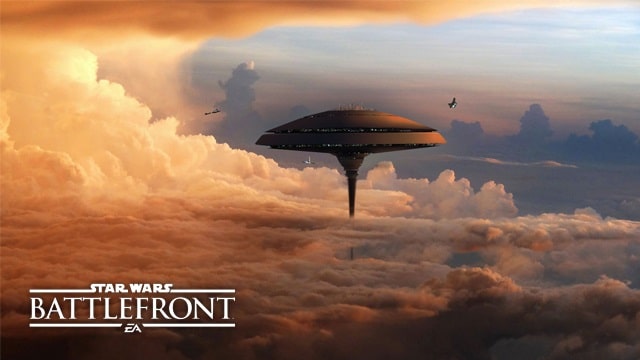 So now that Outer Rim is here, the devs at Star Wars Battlefront are already teasing more new content. We know there are additional private match changes coming in the future but we’re not hearing much of anything (or anything at all) about the next upcoming DLC: Bespin. Bespin is set to release this summer sometime and Design & Trend via DICE lead designer Dennis Brännvall said a few words about upcoming content but none of them were about Bespin.

Design & Trend reported on these updates from the devs recently:

Since many gamers love playing “Star Wars Battlefront” with their friends, private matches are always a hot topic. In fact, we posted an article earlier this week that mentioned the possibility of two-person skirmishes and battles in the new Outer Rim DLC maps and modes.

Since then, however, there have been a couple more developments to share. Namely, it appears that Brännvall’s crew is strongly considering some sort of “drop-in” support once private matches begin. This would essentially allow new friends to join the party at any time and start off in spectator mode. Once the time is right to establish new teams, the waiting players can get in on the action. In the man’s own words, a concept like this is something he would “love to provide” and encouraged his followers to stay tuned.

Advanced customization options were discussed too. One fan specifically asked about the possibility of disabling heroes and villains in private matches, to which Brännvall replied it was something that he would “look into.” While not quite as enthusiastic as the previous statement, it still shows that DICE has a clear direction for how “Star Wars Battlefront’s” private matches should be handled.

We already know Bespin is going to bring new mas, weapons and possibly some new modes. But we have to wait to learn much more than that at this time.

What do you think of the changes to private matches? Will this affect how you enjoy the game with your friends?