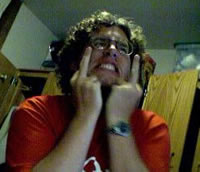 I know the below rant is old, and maby also fake, but reading through the official SWTOR forum, I can understand why developers get fed up, or just have a breakdown.

Below rant is from 2004 and was all over the Star Wars galaxies forums back then. There is no evidence that a disillusioned coder working on SWG by the name of Jeff Woods actually existed, but I still laugh out loud when ever I read this jewel of a “Friday update”

I think many of us can related to the tone of frustration in this article, that’s what makes it so damn good, hoax or not.

Greetings and suck me. I’m Jeff Woods, maintenance programmer for Star Wars Galaxies: An Empire Divided. As a maintenance programmer it is my responsibility to manage existing code, write bug fixes, integrate new code while analyzing its impact on existing functionality and be the brunt of your jokes and flames on the forums. Suck me. I’m writing this Friday Feature because I’m about sick of your, the valued customer’s, torrent of never ending sass-mouth and ill-informed crap. I repeat, suck me. Suck me long. Suck me hard.

Being a maintenance programmer is such a privileged joy and honor. I get to spend anywhere from eight to twelve, sometimes as many as sixteen straight hours a day locked in an eight by eight cube grinding my ass out writing code that you freaks don’t appreciate. Did I mention you can suck me? What I love best is you forum jockeys lamenting the game code while you most likely work in a porn theater as a janitor or mooch off my tax dollars as an unemployed turd, sitting on a couch with no cushion with Chef Boyardee stains all over your wife beater. If you think you can write better netcode I invite you to come down and have a go, after you suck me of course….freak.

Does the game have bugs? Yeah, it has a helluva lot of bugs. What the fuck you think I’m doing here cock gobbler? I’m trying to fix the god damn game but you little whiney bitches want new shit too. New shit equals more bugs. IT NEVER ENDS! WHEN I GET ON TOP OF THE HILL I GET BURIED IN A BIGGER PILE OF DUNG! I HATE YOU ALL! DIE! Plus I don’t make the decisions, I just code. I wish I did. I’d put a god damn virus in each and every one of your machines and blow up your shit!

Why don’t you test the code before you deploy it?

We do test it Corky. Unfortunately we can not test to the level of ONE HUNDRED THOUSAND concurrent users to see EVERY bug that may exist. Also some bugs require the “Moron Quotient”. That’s where you come in. Only morons could uncover some of this crap because right thinking people don’t dismount their swoop while trying to call a pet going into a Krayt spawn with orange hotpants AND trying to compose a new email at the same time. Just suck me, I’m sick of justifying myself to a bunch of Monday Morning Quarterbacks who don’t even possess the prowess to negotiate the complexities of the local ATM machine. I’ll take your coding advice when you can finally figure out how to stop that 12:00 AM on your microwave from blinking incessantly Mr. Beautiful Mind.

Ok, you can’t fix all the bugs but can you at least listen to us?

Hey! How about I listen to the “glup, slurp, glup” sounds as you suck me!?

I’ll tell you why I don’t listen. I can only read so much of your stupid ass bull shit before I lose all faith in the future of humanity and start sorting my guns by barrel flavor. Reading your tripe only confirms the world is full of stupid people with stupid ideas. If good ideas were beers I wouldn’t have enough from the forums to get a buzz.

Seriously, let’s listen to what you have to say! Here’s some gems from the forums that you guys wrote. Names withheld to protect the retarded.

I worked hard by afking 16 profassions to beacoming a Jedi (I had to learn auto-cliker lol!) I should beable to kill ne1 who atatcks me in one hit from my sabar and ne1 I kill should lose XP 2. What do u think?

Aye, you sure “worked hard”! Hard work is coding for 48 hours straight so some guy who spends $15 can call you an asshole. I’ll get right on this one.

I’m an Impereal and I think I should be able to have teh ATAT pet and call it and it should hve a million HAM and pwnzor teh Rebals! lolz
Laugh. Out. Loud. Retard.

I can’t read these ideas. I actually feel myself getting dumber if I do. I don’t get paid enough for this crap…I quit. After two years of this crap I’M OUT!