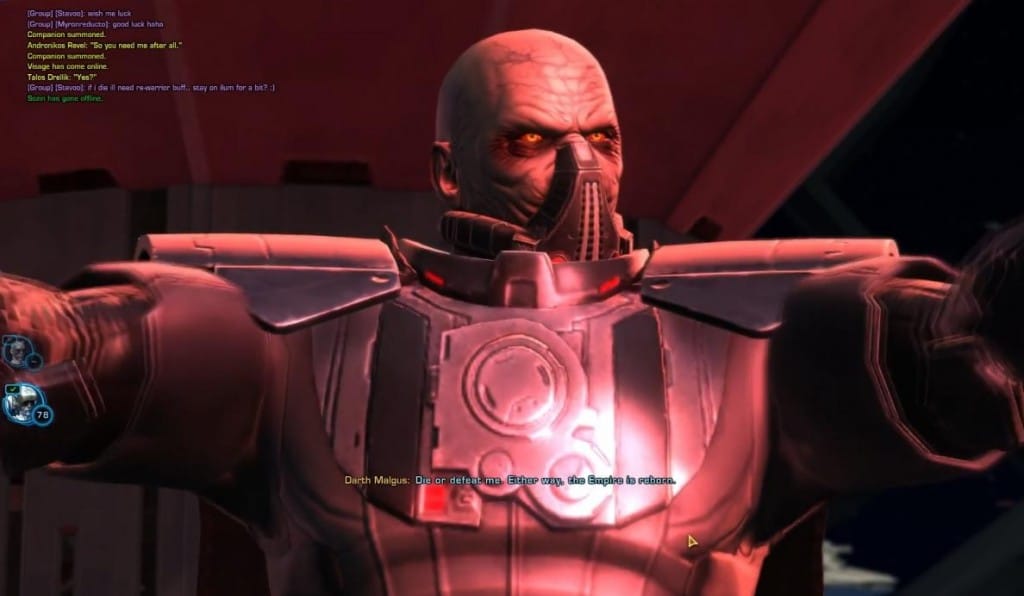 Darkness Assassin taking down Darth Malgus in HM The False Emporer. Well done for accomplishing such a feat but I can’t shake this feeling of this sort of stuff being unwanted amongst the devs. Being able to solo a HM boss, plus last through enrage with only a companion healer seems a bit too much for a single tank to do. I’m guessing when this news spreads out more, they’ll either do something about soloing HM’s or nerf assassin’s, because I doubt other tanks could accomplish this feat, since Vanguards/PT and JG/SJ have no passive self healing for their stance

So after roughly 6 combined hours over 3 days of attempts I finally managed to solo Darth Malgus in HM FE on my Assassin. I just feel I have to show people ;D this is one of the hardest challenges I’ve had on my tank yet (it’s relatively easy though until he hits enrage around 40%). Most of my wipes were due to using my Force Shroud at bad times and getting 1 shot by his lightning when he phase transitions.