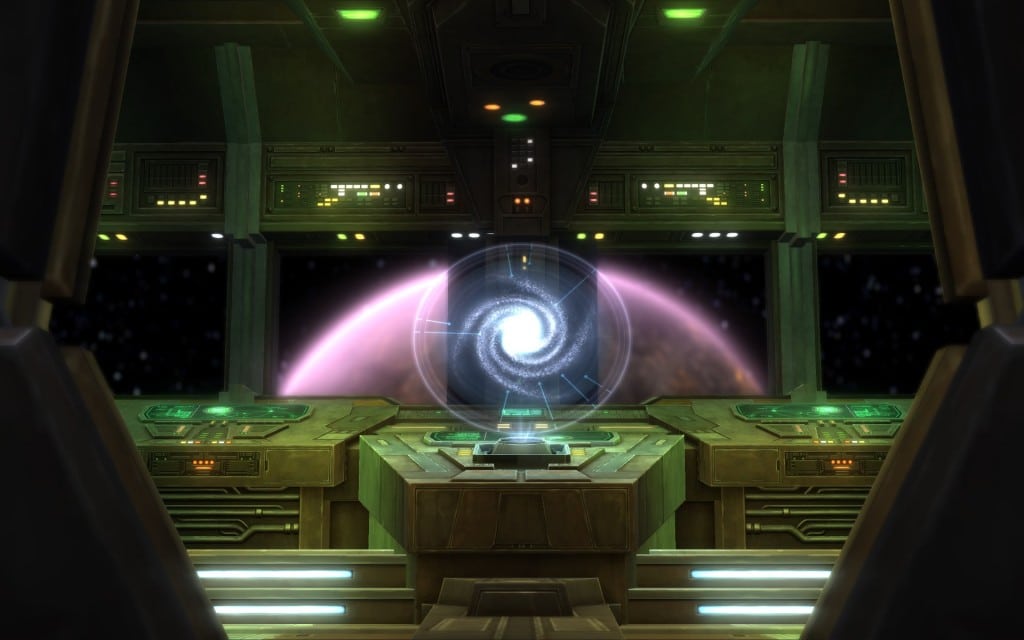 There are a lot of naysayers about SWTOR these days. In fact, since the game was in pre-launch phase, there were haters who protested and insisted the game would be a massive failure. While many are now trying to say that prophecy has come to light, not everyone believes this. In fact, there are still quite a few players who are happy with the current state of SWTOR and impressed with the game overall and in general.

Here is a snippet of the review talking about endgame content:

So I finally get to the max level and am ready to finally “play the game” as I would say. First thing’s first — I need gear. A bit of online research tells me that Recruit PVP blues are a good starting place for both PVE and PVP so I farm up a set. This is even easier to do now since there is a new PVP mission that practically says “Gratz on 50 here’s some starter gear to help you not suck” which I think is AMAZING and other games should really take a hint (I’m looking at you, WoW). Okay, I’ve got a blue set of armor so I can retire these level 40-something greens and try my hand at a HM Flashpoint. About an hour later I have my first HM Flashpoint completed and a few new peices of gear to boot! The boss mechanics were surprisingly tough on some fights and we wiped a few times but eventually figured everything out on our own. Since then I have completed every Flashpoint on Hardmode and I have to tell you, I am very satisfied with the quality and difficulty level of the content. I have yet to see any of these “bugs” that people claim exist but maybe I’m just extremely lucky.

It’s time to try some of this infamous level-50 PVP. It’s a little rough at first but having the Recruit gear definitely helps me feel less squishy and as I get more Battlemaster gear I start to feel much more confident in the ring. The objective-based gameplay, in my opinion, is some of the best I’ve ever seen in an MMORPG. Planting a bomb in Voidstar or capping a turret in Civil War is an intensely rewarding experience. There is much more focus on attacking/defending the objectives than on racking up kills, which I love. Sometimes I get stunlocked to death and it sucks but it happens only when I have multiple people beating on me. It’s not like the majority of my experiences in WoW where a single player can completely lock you down until they have single-handedly chiselled away your health to zero before you have a chance to fight back. I’d like to also add that giving players a free “trinket” is again something that certain other MMORPGs should take note of.