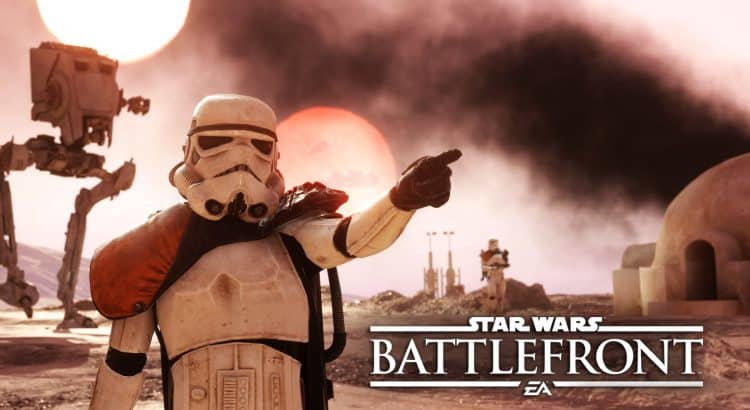 Fresh on the heels of the release of Star Wars: Battlefront’s Bespin DLC come even more exciting news, news regarding the imminent and apparently sooner than expected release of a single-player, offline game mode called “Instant Action”“. Indeed, Star Wars: Battlefront fans have been clamoring for such a feature to be added from the very beginning, its lack quite possibly one of the biggest problems that have beset the title thus far.

The rumors come from Reddit, more precisely from a poster named “uninspired zebra” who has apparently done a bit of snooping around among the hidden files of the game and happened upon an Instant Action menu. The said menu belongs to the single-player mode, which is addressed to players who are lone-wolf types or who like to enjoy the content the game has to offer with a friend. By the looks of things, two game modes will be available in the single player mode: Walker Assault and Fighter Squadron – although this setup is quite probably not final. No details have been revealed in regards to exactly when the single player mode will be rolled out.

DICE’s Matt Everett and Josh Walsh have long promised to deliver more offline content, and they are apparently already in the process of doing so. They have also specified though that details regarding the offline content would be made public when the team is ready.

Will the next DLC deliver the much-desired offline content? By the looks of things, we may get to see it land before that. Bespin has become available for season pass holders on June 21. Those not in possession of such a pass will have to wait a tad longer to get their hands on the goods, although that’s not necessarily bad, as the bugs will probably have been ironed out by then.

One thought to “Star Wars: Battlefront Offline Single Player Mode Due Out Sooner than Expected?”