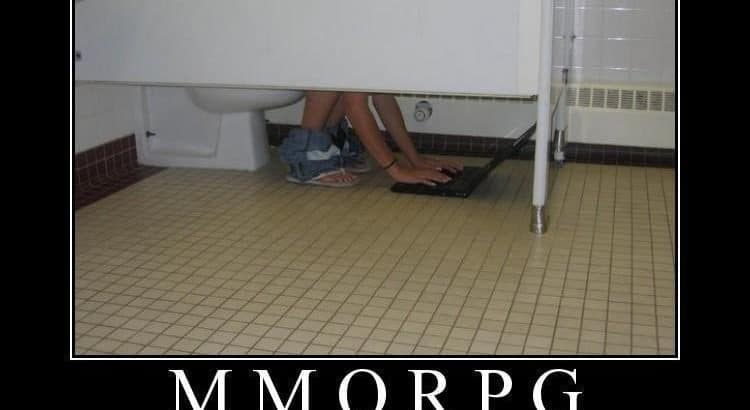 This is a magical question that video game developers have been trying to figure out for some time. Just how do you create that magic formula that creates a great game that players stick with for years and years, that is also profitable and expandable and can make the company money? How do you stay relevant in an industry that is rapidly changing constantly?

Bored Brit Gamer brings us this great post that focuses on the players and what really makes a game last. It’s long but well-written and it’s worth the read.

He says it’s all about the fans:

Yet despite the negative points, I don’t think anyone can really complain about the story content that BioWare has been releasing. Perhaps you could say that each chapter could have been longer and there will of course be those who lament the loss of the individual class stories but when you consider the size of the team working on the game these days, it’s nothing less than a monumental achievement.

I can’t disagree on this point. He goes on to elaborate more:

There’s countless examples of the fans sticking with the game through thick and thin, supporting the game and each other. Examples which come easy to mind are:

The technical folks behind the scenes at BioWare will call this engagement, sites and blogs call it nerd fandom, yet the players themselves simply will call it what gives them enjoyment when playing. Be that powering up their lightsaber for the first time or shooting their way out of a tight spot, BioWare has done a great job of making us feel connected to the characters we play.

You know? That’s really what it is all about. We have been here to see the ups and downs of the game since before it even launched. We saw the hype, the letdown, the changes, the growth. We’ve heard all the hate and we don’t disagree with some of it, but in the big picture, we are still here for a reason. We still play for a reason. We still write about this game for a reason. He has highlighted these reasons here.

What truly makes a game last? It’s the players. The community. It’s YOU.

Want to be a game designer? Here are a few books I recommend you to read:

Whether you are a professional game developer working in an established studio or a creative thinker interested in trying your hand at game design, “Video Game Design Revealed” will show you the steps and processes involved in bringing a video game from concept to completion. Beginning with an overview of the history of video games and an examination of the elements of successful games, the book breaks down the video game design process into its simplest elements and builds from there. You’ll learn how to take an idea and tweak it into a viable game based on the genre, market, game style, and subject matter, moving on to creating and organizing a timeline for the production of the game. Once you’ve mapped out your game production plan and gathered all the information you need, you’ll learn how to choose the development platform and other technologies that best suit the game you’ve designed, add sound and graphics, and apply game mechanics such as whether the game will be single-player or multiplayer and what levels and objects to add to your game to make it challenging and interesting. ““Video Game Design Revealed” concludes with guidelines on how to compose a proposal to be used to present your idea to the game industry as well as tips and information on how to find and contact game studios, publishers, and investors to help you make your game design a reality.

Game Development Essentials: An Introduction Game Development Essentials: An Introduction, 2nd Edition offers a thorough and insightful introduction to the game development industry, with industry updates that will keep readers current and well-prepared for a career in the field. The book begins with a highly informative chapter on the evolution of game development, providing a historical context for later chapters, and moves on to examine content creation and the concepts behind the development of story, character, environment, level design, user interface, and sound. With the same engaging writing style and examples that made the first edition so popular, this new edition features expanded coverage of today’s hottest topics – such as next-generation platforms (Xbox 360, PS3, and Wii), level design, interface design, project management, serious games, game accessibility, and online social networks. New game-related technology, development techniques, and the latest research in the field make this an invaluable resource for anyone entering the exciting, competitive, ever-changing world of game development.

Game Programming for Teens, Third Edition – Do you enjoy playing video games and want to learn how to create your own? “Game Programming for Teens, Third Edition” shows you how to design and develop a complete video game from start to finish, no prior programming knowledge required. You’ll begin by learning the basics of BlitzMax, a simple cross-platform game programming language that can be used on Windows, Mac, or Linux operating systems. Once you understand how to write the programming code, you’ll begin to incorporate all the graphical elements of games including varying colors, loading and displaying images, and creating scrolling backgrounds. Finally, you’ll learn how to add sound and music, use keyboard input codes, and even integrate artificial intelligence. New skills are taught step-by-step, and each chapter builds upon the techniques you learned in the previous, so by the end of the book you’ll have built your very own fully functioning video game. And the CD-ROM contains all the source code, art and sound files, and demo versions of BlitzMax and the other programs used in the book. So don’t just play video games, build your own, with “Game Programming for Teens, Third Edition!”

Writing for Video Games Video games are a lucrative market for scriptwriters, but writing for video games is complex and very different from traditional media such as television or film. This practical guide shows how you can adapt your writing skills to this exciting medium. Written by an award-winning games writer, the book provides a realistic picture of how companies work, how the writer fits into the development process, and the skills required: storytelling; developing interactive narrative, characters, and viewpoints; dialogue comedy; and professional practice.