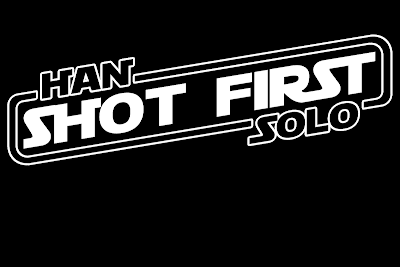 “Changes are not unusual — I mean, most movies when they release them they make changes. But somehow, when I make the slightest change, everybody thinks it’s the end of the world,” Lucas told the Hollywood Reporter.

Remember when we told you about George Lucas retiring from Star Wars and how he blamed the haters? Well, he’s back with another interview to defend himself and his creative works. He’s been doing quite a few interviews lately to help promote his newest brainchild, “Red Tails”.
He discusses how the fans take his work so seriously and says “When I make the slightest change, everyone think it’s the end of the world.”
When you look at all the controversies that have come up regarding Star Wars, the movies and the different versions of them, it’s easy to see where he gets this opinion. As a Star Wars fan, I can understand but as a writer, I say leave the dude alone and let him write his story the way he wants to. Don’t like it? Go write your own story. Let’s see if it gets as big as the Star Wars franchise.
He also addresses the issue of whether or not Han shot first:
“”The controversy over who shot first, Greedo or Han Solo, in ‘Episode IV,’ what I did was try to clean up the confusion, but obviously it upset people because they wanted Solo [who seemed to be the one who shot first in the original] to be a cold-blooded killer, but he actually isn’t. It had been done in all close-ups and it was confusing about who did what to whom. I put a little wider shot in there that made it clear that Greedo is the one who shot first, but everyone wanted to think that Han shot first, because they wanted to think that he actually just gunned him down.”
But as much as I defend Lucas, he might be misleading fans by insisting now that Han never shot first. All evidence in the story for years now shows that he did. The script on IMSDB makes no mention of Greedo shooting first and some old enough to remember will swear that Lucas did an interview years ago defending Han shooting first and explaining that it was much like the old, wild west.
So is Lucas changing his mind? Turning back on his original intentions? Getting too old to remember anymore?
Weigh in with your thoughts.