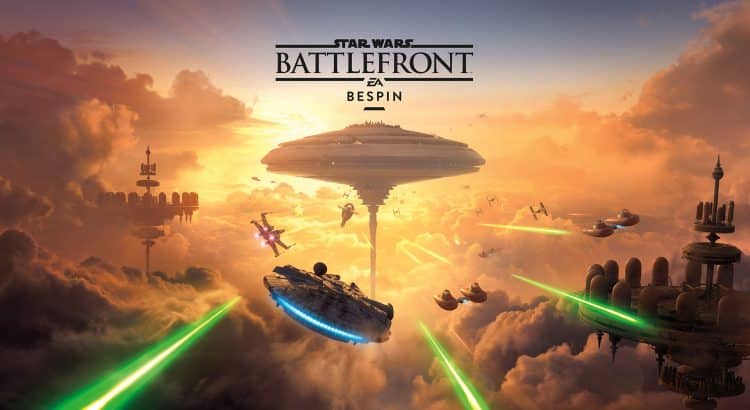 The second one of the promised Star Wars: Battlefront DLCs has landed a few days ago for Season Pass holders (if you invested the $50 into a Season Pass, you can already play it), for PlayStation 4, PC and Xbox One, and indeed, some problems with the new content have already surfaced, to the frustration of those who have invested the most into the game. Taking players on a trip through Cloud City, another iconic location of the Star Wars Universe, Bespin delivers two new heroes, in the smuggler Lando Calrissian and the bounty hunter Dengar. It also tweaks some of the existing heroes in various ways, and it has also rolled out a server-side bug-fix already, to address the above mentioned issues.

According to community banter on the official Batllefront forums, the bugs have indeed been quite numerous and annoying. They range from issues such as Tie-fighters crashing into A-wings and not receiving the kill credit, to frame-rate drops and stuttering on the PC. Random disconnects and connectivity issues have also been reported by some users, and key-mapping has misbehaved too, pulling up chat with the “O” key regardless of the settings. Last but not least: Hutt contracts are once again acting up too, not refreshing at the end of round screens and re-setting player-progress.

As said above, many of these problems have already been addressed by the devs, but bug-reporting is still in full swing and new issues may surface on the go. Among the resolved issues is the lobby one, which had players stuck in the lobby when teams were imbalanced. Dengar used to ravage Luke Skywalker when using his Hurricane Strike and Explosive Rush for some reason, and that is no longer the case either. The interruption of the hero election process by players who are appointed to become one, no longer hangs the game.

Overall, despite all the problems, the community seems to be happy with the game though and with the fast pace at which the bugs have been ironed out. The new maps look great and the trademark authenticity permeating the content is indeed once again there in its full glory.