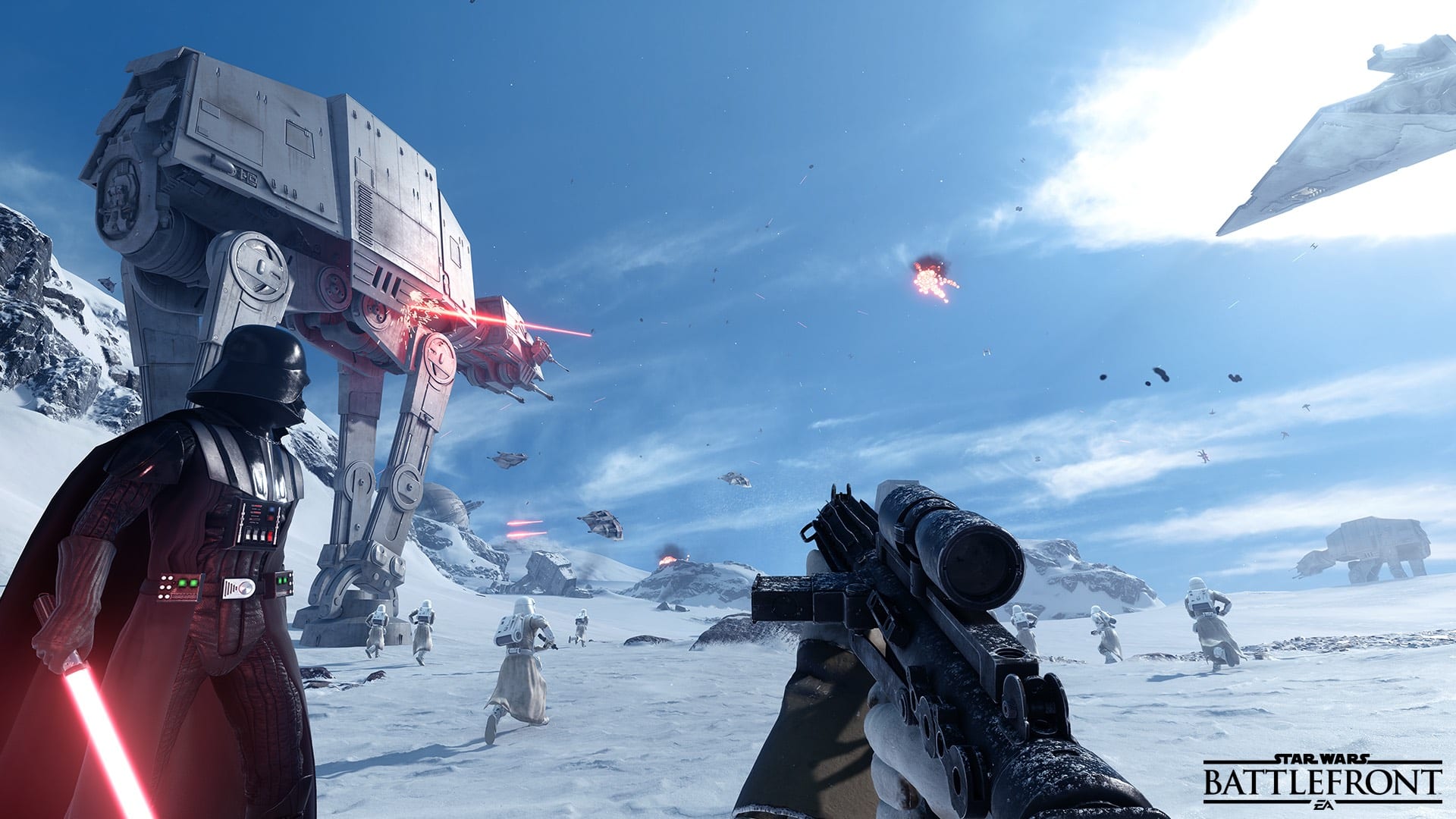 Electronic Arts just announced that Star Wars Battlefront, the much-anticipated shooter from Battlefield studio DICE, is getting a beta:

Ever since we revealed Star Wars™ Battlefront™ in April at Star Wars™ Celebration, you’ve been asking us if there would be a Beta. Today, we are thrilled to finally be able to answer that question, and the answer is yes!

Coming early October to PlayStation 4, Xbox One, and on Origin for PC, the Star Wars Battlefront Beta* is a technical test and will feature Walker Assault on Hoth, a 40-player multiplayer battle featuring Rebels and the Empire. Walker Assault will also give you the chance to play as two of the most iconic characters in the Star Wars™ universe: Darth Vader and Luke Skywalker. The Beta will also feature our Survival Mission on Tatooine, where you and a Rebel friend must fight back waves of Imperial forces.

In addition to those two modes, we are excited to reveal a brand-new mode that will be available in the Beta, Drop Zone. We’ll be sharing more details on Drop Zone in the weeks ahead.

We’ll have a lot more info regarding the Star Wars Battlefront Beta in the weeks ahead, so be sure to stay tuned to this page, follow us on social, and sign-up for our newsletter to get all the latest news.

BETA PARTICIPATION REQUIRES AN INTERNET CONNECTION AND ACCEPTANCE OF THE BETA AGREEMENT. GAMEPLAY PROGRESS, ACHIEVEMENTS, CHARACTERS, CHARACTER DATA AND/OR ANY OTHER VALUE OR STATUS INDICATORS ACHIEVED THROUGH GAMEPLAY IN THE BETA WILL NOT TRANSFER TO STAR WARS BATTLEFRONT MAIN GAME OR STAR WARS BATTLEFRONT COMPANION. BETA IS PRE-RELEASE SOFTWARE, MAY CONTAIN ERRORS/DEFECTS AND IS PROVIDED “AS IS” WITHOUT ANY EXPRESS OR IMPLIED WARRANTY.

Apple and the Apple logo are trademarks of Apple Inc., registered in the U.S. and other countries. App Store is a service mark of Apple Inc. Google Play is a trademark of Google Inc.