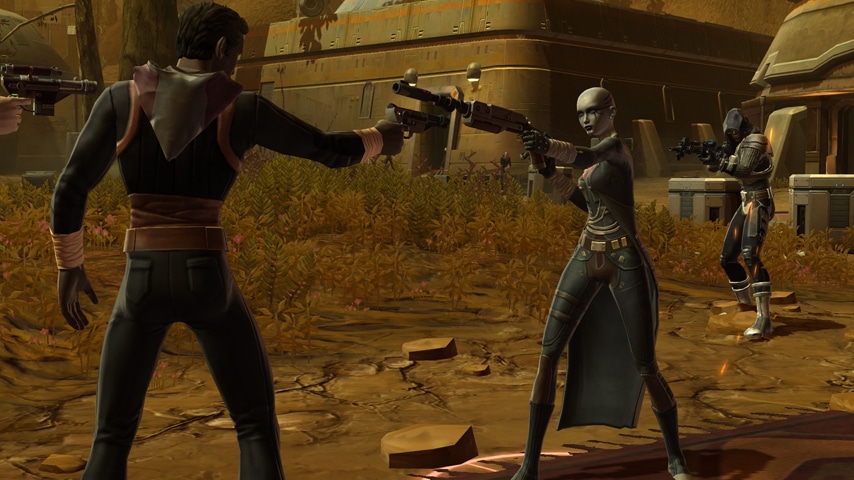 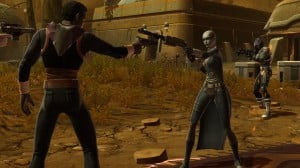 Every secret agent needs a femme fatale, right? Well, the Imperial Agent gets Kaliyo- an interesting and compelling companion in many ways. For the first installment of their new Companions 101 blog, BioWare gives us more insight into this companion, her background and what she’s all about.

Lead Writer, Alexander Freed (a really awesome guy, by the way), drops in to share some more info about Kaliyo and why she leaves her life on Hutta and joins Imperial intelligence:

“When Kaliyo first joins up with the Imperial Agent, she sees two possibilities. Either the Agent is a mark–someone whose coattails she can ride, someone who’s going to diligently follow orders while Kaliyo plays him (or her) for every credit he’s worth–or the Agent really is as clever, confident and manipulative as he lets on. In the former case, the Agent is worth Kaliyo’s time for the money and adventure alone–at least until she gets bored. In the latter case, Kaliyo sees a challenge, someone who’ll be fun to match and toy with on a level she rarely gets to play at–and if it gets her killed, well, it’ll at least be a rush while it lasts.”

Companions 101 goes on to tell us more about her, her quirks and what she likes and doesn’t like and how she will benefit you in the game. It’s definitely worth the read of you want to learn more about this companion and her story.

To find out more information about Kaliyo including statistics, background, and her gift preferences, check out the Companions page on the Holonet!

“While traveling through The Old Republic™ galaxy, you will encounter a variety of companions that can join your crew. This weekly blog is meant to be supplemental to our Companion Holonet series and it will provide insights and tips for each companion as well as a wallpaper and screenshots of their customizations. Each week, we will rotate between Imperial and Republic companions. Let us know who you would like to see featured in future blog posts by posting your suggestion in the official forum thread for this blog post. Blasters ready? Let’s go!

You can also suggest your favorite companions to be featured in our next Companions 101 by letting us know in this thread. We will be rotating between Republic and Imperial companions, so be sure to show your support!”

Which companion do you want to see featured next at Companions 101?