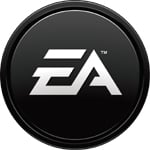 Electronic Arts (EA) recently released their regular quarterly report that offered a glimpse on the performance of the mega-company. While overall, EA performed extremely well, a closer look of their released documentation revealed that SWToR didn’t contribute to the company’s overall performance.

Net Revenue
For the three months ended September 30, 2014 , net revenue was $990 million and increased $295 million , or 42 percent , as compared to the three months ended September 30, 2013 . This increase was driven by a $476 million increase in revenue primarily from the FIFA and Battlefield franchises, and Titanfall. This increase was partially offset by a $181 million decrease in revenue primarily from the SimCity, Crysis and Dead Space franchises, and Star Wars: The Old Republic .

While the report doesn’t break out the percentage between the decrease in revenue between all titles mentioned above, it’s fair to say that these are not the news that fans expect to read. Keeping in mind that Patch 3.0 (or Shadow of Revan) is very close to be released, it’s going to be interesting to see how SWToR’s performance is going to be next quarter.
0
SHARES
ShareTweet