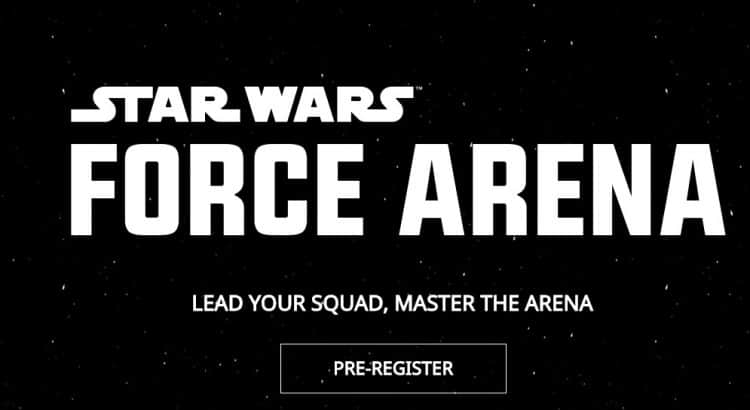 So what is Star Wars Force Arena all about? From their website which contains the pre-registration link, they say this:

● BATTLE and join forces with other players from around the globe in real-time 1v1 or 2v2 PvP arena battles.

● LEAD a team of iconic Star Wars™ characters including Luke Skywalker or Darth Vader, as well as new Rogue One characters like Jyn Erso or Orson Krennic.

● COLLECT and upgrade your favorite characters to create the ideal Rebel or Imperial squad while leveraging powerful character duos that boost your effectiveness in battle.

● COMPETE to earn rewards, special characters, and bonus items by participating in events as you climb to the top of the leaderboard on your journey for galactic dominance.”

There are also some screenshots to give you an idea of what you can expect from the game. It definitely looks like it could fill the MOBA category for Star Wars games and will give Star Wars fans something fun to do on the go. You can pre-register for free on Google Play, along with over 66,000 other people right now and you can also sign up to be alerted before the game releases so you don’t miss out on trying it for yourself.

Pre-registration will close at 00:00 (UTC +0) the day before launch.
Rewards will be sent to the inboxes of all pre-registrants within 2 weeks of Launch.