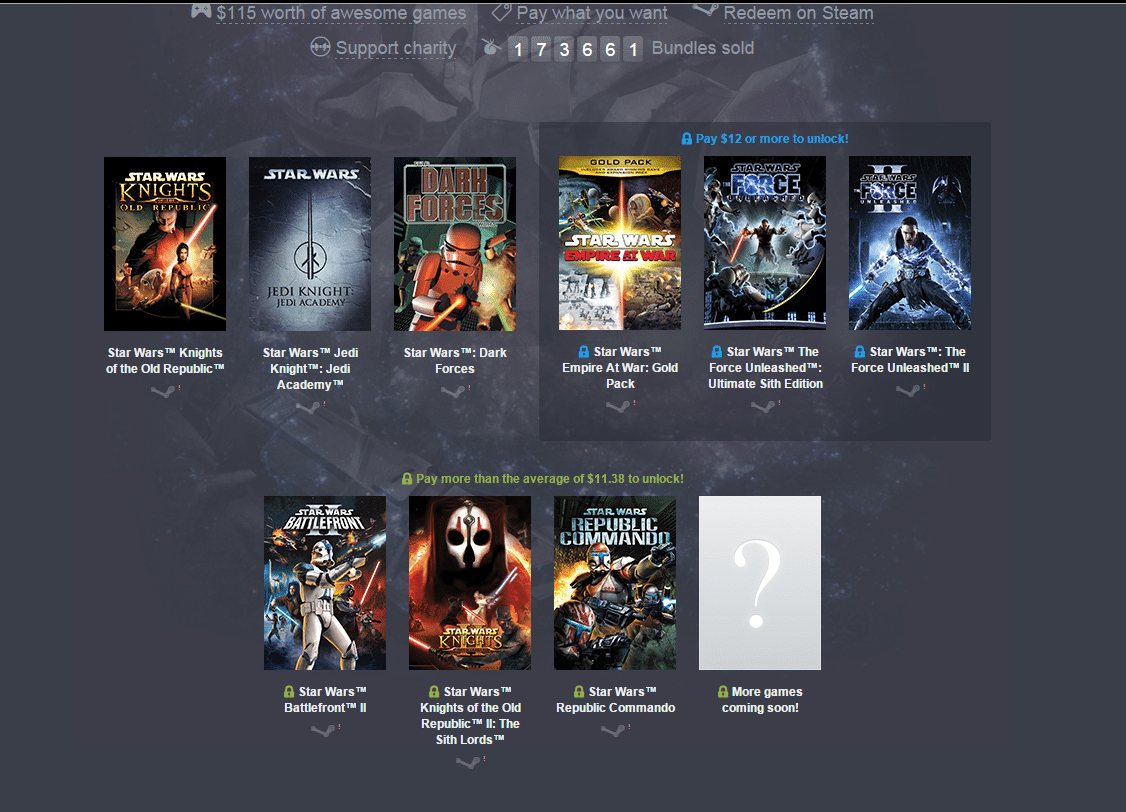 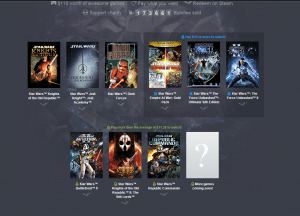 I will admit, I am a big fan of Humble Bundle. Not only have I used it to get some pretty sweet deals on games for myself, but we also use it often in a gaming community I am part of to get great game prizes for our members. It’s a good idea for gifts, too.

Humble Bundle works by allowing you to choose your price. The number of games  you get from a bundle is based around the average price donated so far. If you get in early, you can usually get the lowest pricing. Of course, if you really like what they’re doing and you want to support the developers, Humble Bundle and charity, you can donate more. So you name your price and you can pay with credit card or Paypal and you get the games included in that bundle. I like that nearly all the games are available on Steam.

They also have other cool stuff like Humble Bundle comics. But for now, let’s focus on the current bundle. It’s all about Star Wars!

There are more games coming soon. We have to wait and see which titles and how many it will be. I had some of these already but you can currently get the entire bundle for $12.01 or more. That is a steal! If you already have some of them, you can give the code to a friend and share the Star Wars fun.

On Steam. All games in this bundle are on Steam for Windows. Some are also available on Steam for Mac. Pay $1 or more to get access to Steam keys. Please check out the full system requirements here prior to purchasing.

Support charity. Choose where your money goes — between the developers and charity (U.S. Fund for UNICEF). If you like this bundle or like what we do, you can give us a Humble Bundle tip too!