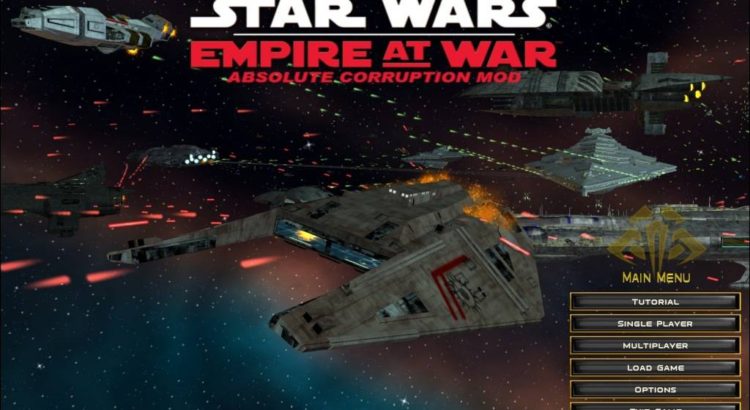 10 years after its launch, we’re about to see a major update to Star Wars: Empire at War. The indie game developer and publisher, Petroglyph, has announced they are collaborating with Disney to bring an update to the game. Great news for Steam players because you’re going to be able to update and play right there in your Steam account. They restored the multiplayer feature that was lost when the GameSpy service shut down and now it’s going to be on Steam (yay) where so many other games are already available. It will be easier than ever before to play online with your friends.

Per the press release:

Indie game developer and publisher Petroglyph is proud to announce the upcoming release of a major update to Star Wars: Empire at War, 10 years after its initial launch. In collaboration with Disney, the team at Petroglyph has restored the multiplayer functionality in Star Wars: Empire at War that was previously lost when the online service GameSpy™ was shut down. Players will soon be able to seamlessly connect via Valve’s Steam™ service and play in multiplayer land, space, and galactic battles as they did a decade ago. In addition, several compatibility issues were fixed, and an in-game interface for mod support has been included to support the Steam Workshop.

You can get your copy on Steam where more than 6.7 million copies have been sold already. It’s the best-selling Star Wars game on Steam. Both titles in the “Gold Pack,” Star Wars: Empire at War and follow-up title Forces of Corruption™, will be updated to enable multiplayer and support Steam Workshop. Existing owners need only log in and start the game to receive the free update which will be available in early September.

We have received a huge number of requests to restore the multiplayer functionality to Star Wars: Empire at War. The game’s fan base has only increased with time and the user concurrency rates remain very strong, so we really felt like this was something we needed to do for all the loyal fans.