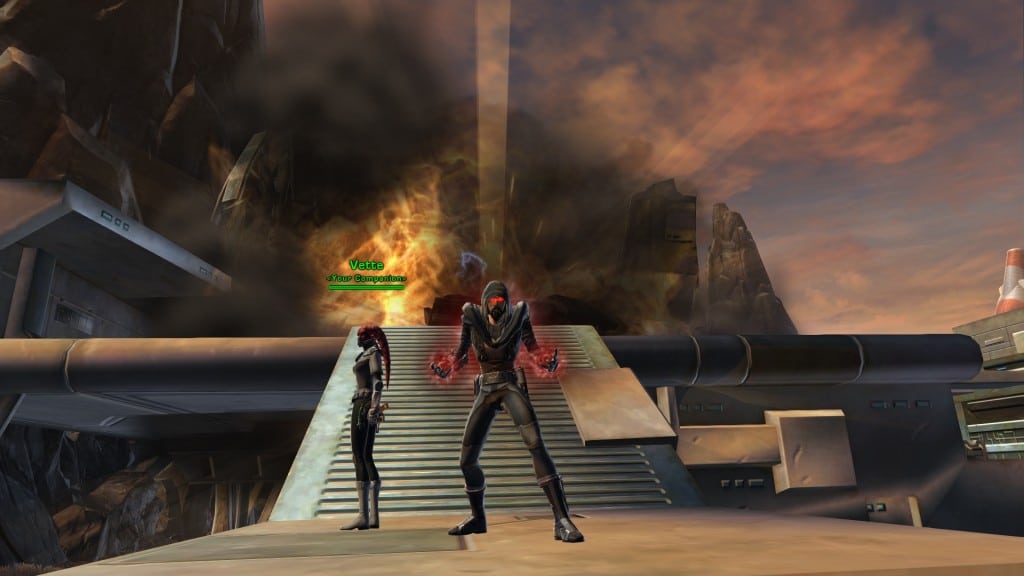 Senior Producer Bruce Maclean took on the forums today, updating us on what’s come this summer in SWTOR. He starts discussing game update 2.2 but continues on with plans for game update 2.3. Personally I’m happy with what is coming up in near future, but as we could expect, the foums are already going crazy with unsubscribe whine and the usual death threats about the lack of PVP updates. You can check out the complete post below, or over at the official forums.

My name is Bruce Maclean and I am a Senior Producer here at BioWare Austin. I know there have been a lot of questions around the forums about what kind of content you can expect from us this year and so I’m here today to give you all a bit of information about what we’re working on bringing to you this summer!

First up, Game Update 2.2, which is currently targeted for launch on June 11th:

We’ve seen a lot of requests for a rerun of our Double XP weekends. Well, okay! We’d like to help you stay cool in the heat of the summer with three weekends starting June 22nd and continuing through July 7th. The third and last weekend will actually start early on Thursday the 4th of July, in case you are enjoying a long Independence Day weekend.

By July 9th Ops groups will have had four weeks to cut their teeth on Nightmare Mode Terror From Beyond. That’s when we will launch Nightmare Mode Scum and Villainy as a part of Game Update 2.2.2! New mechanics and unique loot for you.

July 23rd look for a return of the Relics of the Gree Event for a nice two week long run. Per community request the Event will scaled up to level 55 on this next run!

August 6th is our target date for Game Update 2.3, which we are working on right now and will be our biggest update since 2.0. Some of the bigger parts of this update are:

This isn’t an exhaustive list, and we are also working on some longer term stuff. Sometimes we have been averse to discussing specific dates well in advance, because we aren’t going to release anything unless we feel it is ready to go live and we don’t want to upset folks if we move a date back. Well I think we should just tell you what date the teams are shooting for, and if we don’t hit them we’ll just tell you why. Radical thinking, I know. As we get closer we’ll have a lot more juicy details on these – keep your eyes peeled to the forums and SWTOR.com for more information. Also, for those who are curious about the next updates to PvP, I will just say… apart from minor tweaks (like stunbreak abilities cooldown being reset on death in 2.2) you should look forward to Game Update 2.4. /rubshands