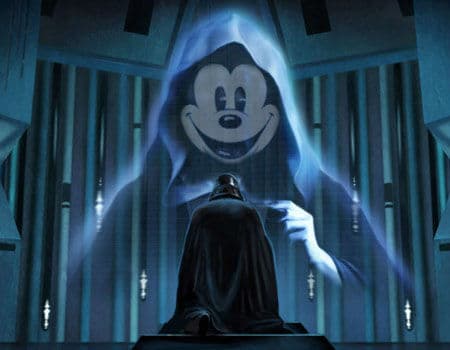 For many of us, Star Wars dates back to our earliest memories. It has brought us a lifetime of memories. And for many others, Disney has also created a lifetime of memories and special moments. So now that the two have combined, will we see the same result? And for how long can Disney expect to see useful benefits from the Star Wars franchise and the new movie series?

Well, according to Fiscal Year 2013 the Fiscal Year 2013 Annual Financial Report And Shareholder Letter Disney will get a good 40 years out of it. That’s a decent chunk of a person’s lifetime. That’s four decades of memories. That’s a very good business outlook.

The report also had a neat little tidbit about the future of Star Wars with Disney:

“Intangible assets primarily consist of intellectual property based on the Star Wars franchise with an estimated useful life of approximately 40 years. The goodwill reflects the value to Disney from leveraging Lucasfilm intellectual property across our distribution channels, taking advantage of Disney’s established global reach.”