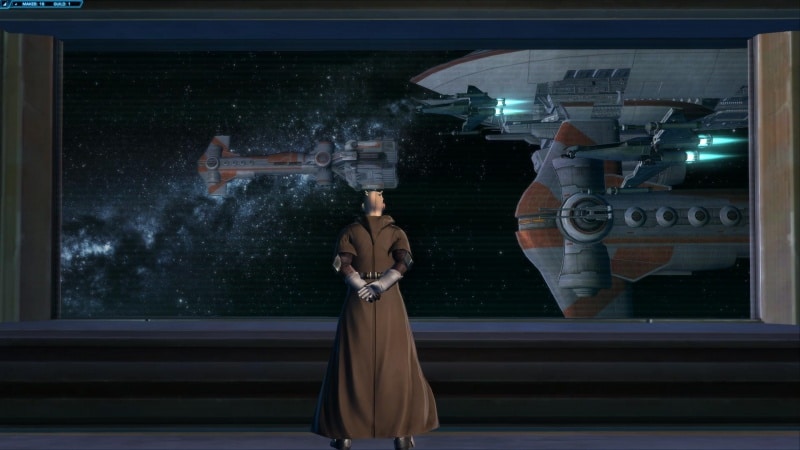 The Pike/Quell starfighter is designed to do maximum damage when you use missiles and torpedoes. The starfighter can be equipped with two types of missiles or secondary weapons that make it possible for you to use a variety of strategies when in battle. Most of the strategies used with the Pike/Quell are long-range combat oriented with some dogfighting capabilities. You can equip the Pike/Quell with loadouts that will make it difficult for your enemies to counter your attacks and there is a missile for all types of situations.

Since it’s hard to get requisition, it’s a good idea to know what type of components you want for your Pike/Quell in advance. Knowing a little about the ship and what it has to offer will help you make the best decisions and that is what this guide has to offer.

As you get accustomed to flying your Pike/Quell, you’ll learn which strategies work the best for you depending on the situation but these strategies will help you get started as you learn more about your starfighter. Learning which missiles to use during each type of encounter is very important because some will do better in certain situations than others depending on what type of ship you’re fighting.

Here is a list of the different types of missiles and the type of scenario in which they work the best:

Now that you have a basic understanding of the missiles the Pike/Quell is equipped with, here are a few basic strategies you can use when battling the enemy.

Strategy for Battling a Scout Fighter

The first thing to understand about the Scout Fighter is that these ships can out maneuver you easily, so it’s best to not engage in a dogfight with one, especially if it has full health. This is where your long-range missiles come into play. The best strategy is to attack from a distance and try to take them out with your missiles. Put all the power you can spare on your weapons along with any offensive bonuses you’ve acquired and fire away.

If you don’t kill the Scout Fighter with your initial attack, they will most likely try to engage in a dogfight, which you want to avoid if possible. Instead, move towards anything that offers you cover or the nearest LOS as quickly as you can. Try to confuse the Scout with different maneuvers until you reach cover and have time to regroup. Next, move your power to the shields and make another attack run to try to take him out.

Strategy for Battling a Gunship

Most Gunships have low health but they can do a lot of damage so the secret to winning a battle with one is to take it out as fast as you can before they have a chance to kill you. The type of shields you have will determine how you fight a gunship because you’ll want to protect your ship from their fire as much as possible.

It’s important to note that proton torpedoes are very effective when used against gunships and you can usually take out a damaged ship with one proton torpedo and a healthy one with two torpedoes.

Strategy for Battling a Strike Fighter

The Strike Fighter is the hardest ship to battle with your Starfighter Pike/Quell and experience plays a major role in how well you fair against one. It’s best to get to know your ship well and have some experience piloting it before encountering this enemy. However, if you do find yourself in a battle the following tactics can help.

Strike Fighters are equipped with a large hull and shield, so you will have to get several good missile hits in before you can take the ship out and proton torpedoes do work the best when you can use them. In most all instances, they will attack you before you have time to kill them so be prepared to fight. They can also out maneuver you, so it’s best to avoid a dogfight when possible.

The best strategy is usually to hit the ship with your ion missiles to damage the shields and when they are down, hit them with concussion missiles and use your blasters every chance you get until you’ve defeated them. Before engaging an attack with your blasters, use your weapon power converter to increase power so you can get more shots in before the power supply is drained.