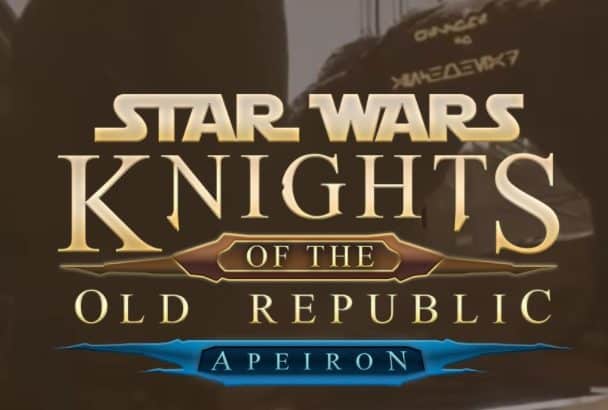 We talk about a lot of Star Wars games here – the good, the bad, and the in between. There are so many Star Wars games that have been released since the very first one in 1982. If you love gaming and you love Star Wars, it can be hard to pick a favorite. For many of us, however, there is one game to rule them all. There is one Star Wars game that consistently reigns supreme as one of the best Star Wars games of all time.

Knights of the Old Republic

Now, we might see this game return. As Lucasfilm plans the future of Star Wars, there is an indie development studio based in Atlanta, called Poem Games, that is looking to rebuild KOTOR. It is a labor of love that is already ten years in the making.

It’s called Apeiron and you can learn more about it here. As long as you own the base game (you can get it now for $9.99), you can play this remake. It’s a rebuild of the ground up of the game, but essential a mod. The mod will replace all of the in-game objects with updated graphics but will keep the audio components and original story in place.

Apeiron is a full-conversion mod of the Knights of the old Republic that was released in 2003. Apeiron is a overhaul and restructure of the original game with added content, new worlds, missions, HUD, inventory, items, and customization

Apeiron is being made in Unreal Engine 4, along with other up-to-date programs. It is being developed by a small indie studio with big ideas. Once released the game will be 100% free to the public, the only required cost is the purchase of the original game: Knights of the Old Republic which is needed to run Apeiron

Some highlights of the remade game:

Explore – Exploration plays a large part in Apeiron, travel to long forgotten planets, or get lost in the large sprawl of the cities

Old and New – Along with keeping many aspects of the original game, such as the pausable combat and the original flow of the story, we’re adding in some updated ideas, such as 1st & 3rd person cams and deeper customization

Companions – Assemble your team of assassin droids, misfits, and exiled Jedi to explore, travel, and defend the GALAXY or…maybe your intentions are a bit darker…

Light or Dark – Who will you become? A beacon of shining light or a tower of darkness, only you can decide how you play the story, or maybe you’re somewhere in between, neither Sith nor Jedi

I, for one, am very excited about this awesome project and I’ll be following along as they get closer and closer to a launch date. We’ll be sure to keep you updated here on the site, so stay tuned for that, and take some time to browse their site if you want to learn more about it. You can also sign up for updates and be notified when the status changes.