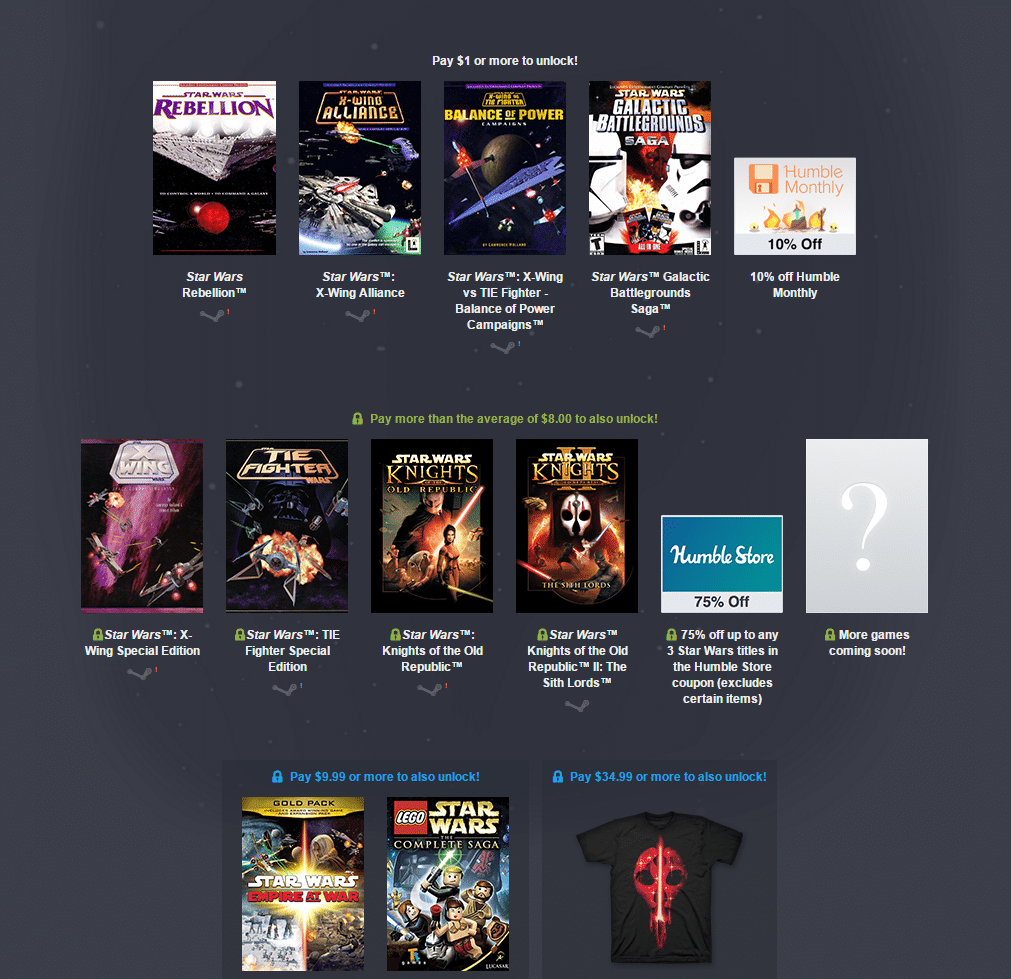 Here is your chance to get KOTOR 1 and 2 if you hvae not already, and there are some other great awesome games. I wrote before about the last Star Wars Humble Bundle and I’ve expressed before how much I love this service. You get great games at discounted prices, you get to support charity and support the developers. I’ve gotten some awesome indie games from here that I never would have heard about otherwise, too.

But anyway, back to Star Wars!

Get the Star Wars Humble Bundle here before it goes away.  As of the time of writing this, you have 3 days left to snag your bundle. It includes:

The Star Wars Bundle strikes back. It is a bright time for Star Wars fans. Hot on the heels of the new movie, we’ve combined forces with Disney Interactive to create a bundle filled with classic games!

Pay $9.99 to get all of the above plus Star Wars™ Empire at War: Gold Pack and LEGO® Star Wars™ – The Complete Saga.

Want to show off your Star Wars fanship to galaxies near and far? Spend $34.99 to get the entire bundle of games and a limited edition t-shirt featuring artwork made exclusively for the Star Wars Humble Bundle 2.

Name the price. Together, these games normally cost up to $111. Here at Humble Bundle, though, you choose the price!