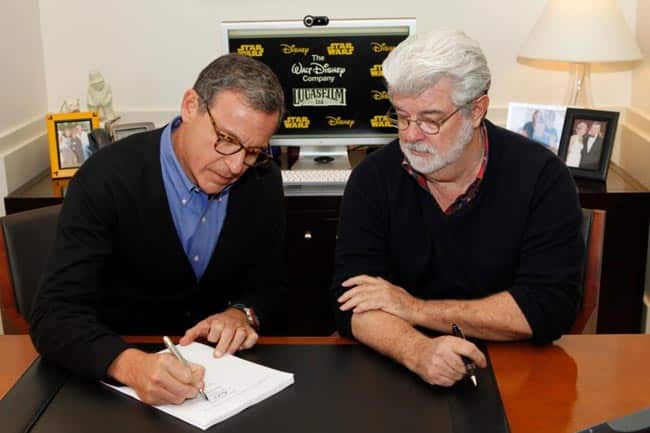 Disney CEO Bob Iger released a report to all shareholders to update them on the Star Wars films status. These rights were acquired after Disney purchased Lucasfilm from George Lucas on December 12, 2012 for a whopping $4.05 billion. Because Lucas owned all of the company he pocketed every single dime.

“Next year, we’ll release our first standalone movie based on these characters, followed by Star Wars: Episode VIII in 2017, and we’ll finish the trilogy with Episode IX in 2019,” wrote Iger.

Star Wars: The Force Awakens is the first installment for the new trilogy, and it will be the seventh film in the entire Star Wars franchise.

George Lucas participated in an interview with Robert Redford for a discussion on the independent film at the 2015 Sundance Film Festival. This discussion was give the title, Power of Story: Visions of Independence and it all took place at the Egyptian Theatre.

By the time Star Wars came around, American Graffiti was a huge, huge success. I had a deal with [Fox] that was $125,000 to write and direct Star Wars. After American Graffiti… I was the hottest director in Hollywood. They said, “Oh God! He’s going to ask for $1 million. No director’s ever asked for $1 million. What are we going to do?” And Fox was sort of on the ropes. So I went to them and I said, “Look: I’ll take my salary. I’m not going to ask for $1 million. I signed a deal memo, and that’s what I believe in. Everything that’s notmentioned in the deal memo, I’m going to re-look at.” And that was: sequels. I had already written three movies, and I knew I wanted to make them regardless of whether the first was a hit or not.