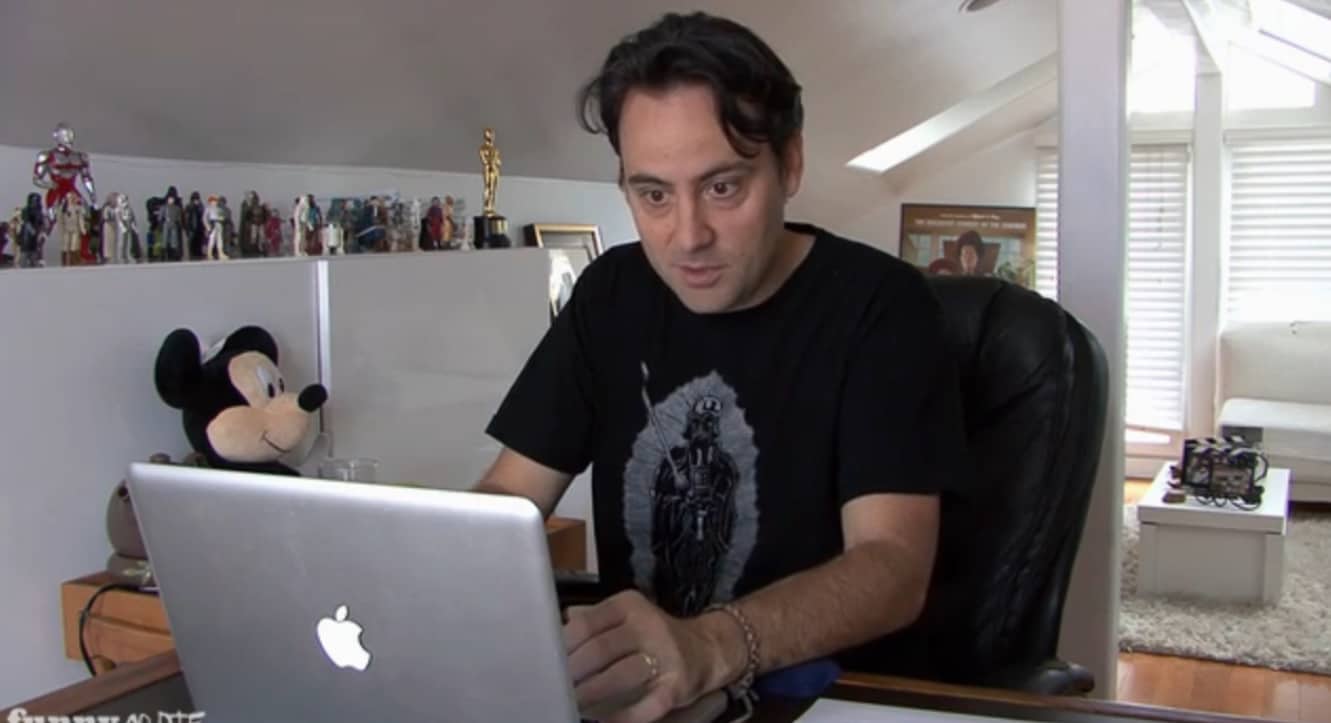 Michael Arndt was announced as the screenwriter for “Star Wars: Episode VII” back in November 2012, so what has he been doing since then? According to a hilarious new Funny or Die video of his alleged first day writing the upcoming movie’s screenplay, he’s been having a whole lot of writer’s block.

Of course, this is all a joke, but Arndt does have some priceless terrible lines to show off here. From “Sir, we’ve identified the nerf herder. He has a herd of nerfs” to “‘Yoda’s alive! How?’ Explain later, I will,” Arndt’s fake lack of inspiration is a pleasure to watch.

The video has become increasingly popular since it was released, and hopefully it will lead to more Funny or Die “Star Wars” videos going forward. It is the first time Arndt has commented in a big way on his involvement in “Episode VII,” even if the clip does just show him trying (unsuccessfully) to use the Force and asking himself, “What did I say in the pitch?””

Directed by J.J. Abrams, “Star Wars: Episode VII” is due out in 2015. Arndt has written treatments for the full sequel trilogy, with “Episodes VIII” and “IX” slated for release in 2017 and 2019, respectively. Disney also confirmed spinoff “Star Wars” movies will hit theaters in 2016 and 2018.