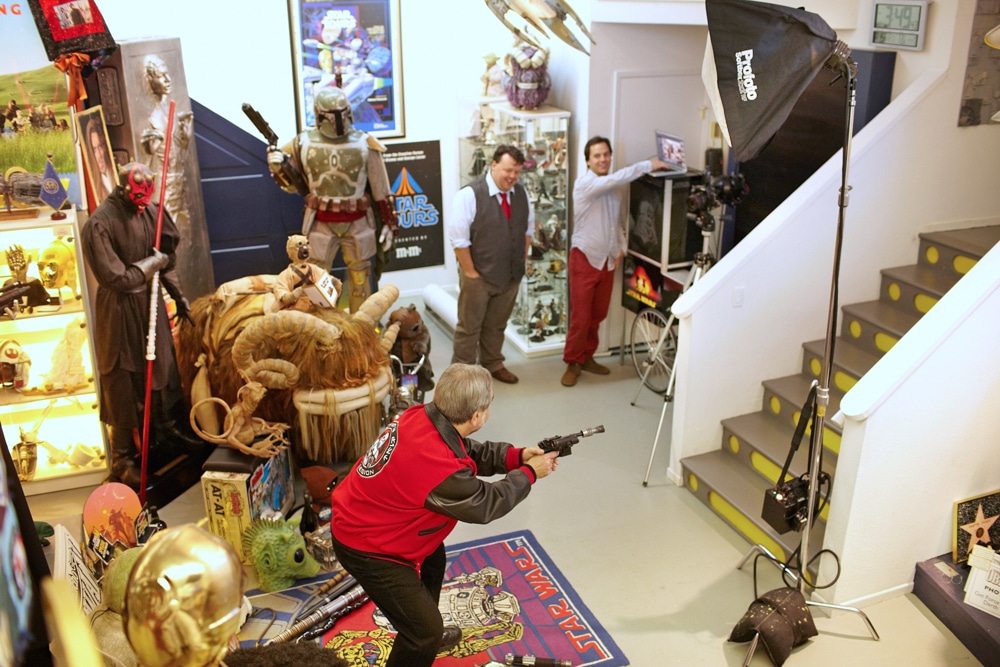 Do you think you’re one of the biggest Star Wars fans in the world? You might rethink that when you see Rancho Obi-Wan, in Petaluma, California, which has over 300,000 Star Wars themed artifacts. This is officially the largest Star Wars collection known to exist on the planet. And it’s no surprise really that something this big and amazing would exist- the Star Wars franchise has inspired a lot of fans who spend most of their lives collecting memorabilia and more.

Cnet.com tells us about it:

The super fan who is currently able to lay claim to that title is Steve Sansweet, a journalist and author, and president of Rancho Obi-Wan, a non-profit museum in Petaluma, northern California that houses his collection of an estimated 300,000 unique “Star Wars” items.

Although Rancho Obi-Wan has more than 300,000 items in its full collection, less than 100,000 are currently cataloged. The collection contains everything from lunch boxes to action figures to vending machines to mailboxes to pieces of the actual Death Star used in the original film. Plus, of course, more than 3,000 posters, books from 37 countries in 34 languages, including Braille, more than 30,000 trading cards, stickers, postcards, playing cards, and other ephemera, and more. Rancho Obi-Wan opened in 2011.

Owner Steve Sansweet has a few words to say about the Guinness recognition:

“I don’t have the world’s longest fingernails, shortest dog, or largest collection of vacuum cleaners. But, according to the globally-recognized authority on such things, Guinness World Records 2014, I have amassed the “Largest Collection of Star Wars Memorabilia” in the galaxy. But who knew that would be such a big deal?

He says his own collection is even bigger than that of George Lucas himself. Check out the slider on the Cnet article to see some of the highlights of this great collection!

They also have a website about the Rancho Obi-Wan.