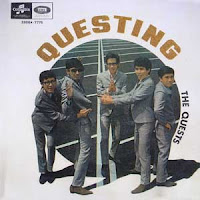 On the official forums Daniel Erickson made a rather sizable post detailing the kind of quest content that you’ll encounter in Star Wars: The Old Republic. This ranges from your class quests to world quests and beyond. Here’s the entire post:

This one can get confusing as there is a great deal of content in the game, all geared for slightly different experiences. So let’s get to it, yes?

–There is no repeated content across factions. Easy enough.

–Every Class has a completely unique storyline with their own companion characters and quests that takes them from the very first level through the very last and leads them naturally into the end game content. We call these Class Quests.

Now the questions and ideas that can be harder to get your head around if you haven’t yet been one of the few lucky ones to actually play the game.

Absolutely not. It’s a multiplayer game, built for multiplayer storytelling. Which means all classes in a faction will have access to all of the same content except the Class Quests.

–“What is the breakdown between Class Quests and multiplayer quests?”

On the Origin worlds it’s about 60% Class Quests, dropping to about 40% on the Capital worlds and then even lower for the rest of the game. The whole idea is to get you into the game, teach you about your class and your story, then get you out there playing with other people. We need to meet Obi-Wan, get our lightsaber and learn about the rest of the galaxy, but then it’s time to get the gang together and go to war. We’re still going to take breaks and run off to Dagobah but that’s now the minority of our story. So the game very purposefully starts with more single player content and then moves strongly towards content that can be played multiplayer.

–“What are all the different types of multiplayer quests?”

Whew, that one’s a big list but I can hit the major stuff. 1) World Quests: One-offs or short chains built for easy pick up and play. Grab a PUG or your friends and have a short adventure together. 2) World Arcs: Epic quest arcs that go from four to ten quests or more and follow a storyline across an entire planet. Big decisions and branching questlines you may have to play multiple times (in different playthroughs, they’re not repeatable) to see all the content. Built for long play sessions or a series of short sessions where you and your group want a huge adventure that may stretch over tens of hours. Also very PUGable as long as you’re grabbing like minded folks. 3) Flashpoints: Instanced, heavily scripted major story and action pieces built for groups to go in and get the very best of BioWare’s multiplayer storytelling. Built to be played in a single sitting.

Now here’s the fun part. Our multiplayer content has lines, choices and content that is specific to each class and content that is only there if you’re in a group. Did the Jedi Consular really just convince the Sith boss to stand down and not fight us? Did the Bounty Hunter really just shake down the Moff for more money? Did the Smuggler just leave the group with that attractive quest giver? Um…are they coming back? It’s fun to replay the game and see all the different content but it’s also a blast to play with friends and be completely surprised by what they say. Often you’ll find yourself saying “Okay, that clearly was not one of my dialogue options!”

He later made another, smaller, follow-up post explaining about solo-ability of quests. Here is the second post:

Multiplayer quests can still be played solo! Though a few really challenging ones are really better with friends or you’ll have to wait a few levels…

The vast majority of your Class content can still be done with friends! There may be a time you turn to your group and say “I need to talk to my crazy, world-destroying dad alone. Give us a minute?” but that’s the exception to the rule.

Yes, Daniel, that certainly helps. I’m personally particularly glad to hear confirmed that multiplayer quests can be played solo. Particularly since the Class Quests apparently taper off after the origin world.