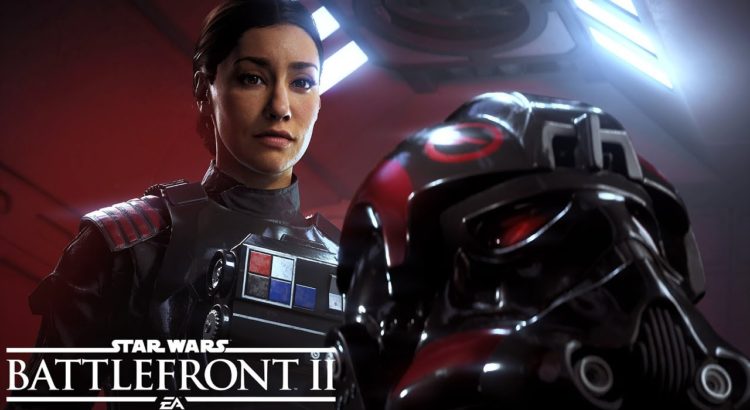 EA DiCE has finaly released a trailer for the single player story in Star Wars: Battelfront 2. Finally we get to see a lot more of Iden Versio, commander of the Inferno Squadron of the Galactic Empire, and the protagonist of the game.

Showing Leia, AT-AT’s on Naboo and Maz canata, it looks like this’ll be a fun way of linking the three trilogies together.

Ignite the inferno and burn the Rebellion to the ground in Star Wars Battlefront 2’s single-player campaign. Take on the role of Commander Iden Versio in a story following the destruction of the Death Star II and the death of the Emperor.