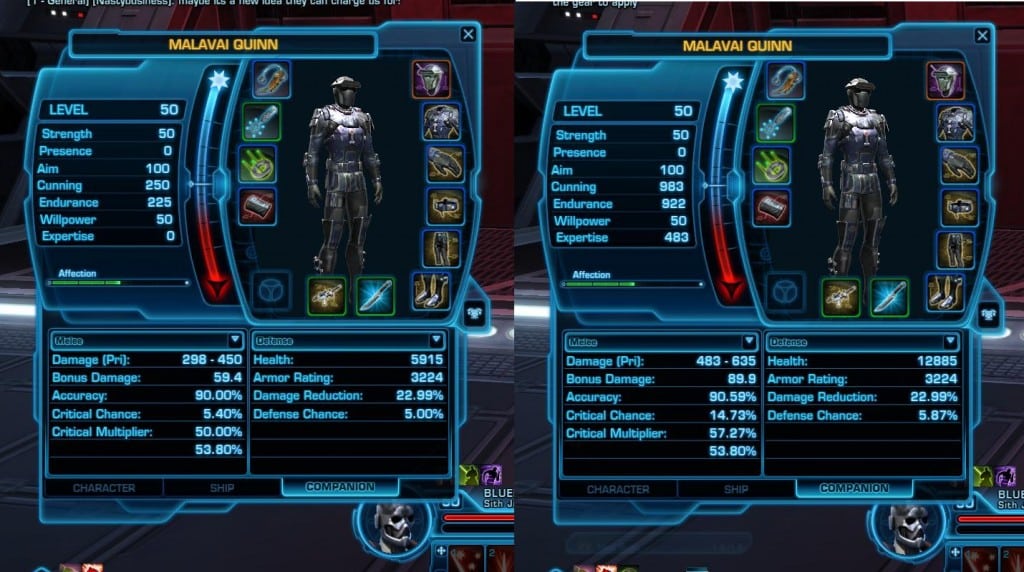 As mentioned last week, BioWare has taken down the servers for some Scheduled Maintenance. This time the Customer Support ticket system have been fixed, but now Companion gear does not work. Hopefully this will be fixed asap, or I am afraid that the BioWare forums will become violent. On the bright side,  Major XP Boosts: Discounted 25% to 90 Cartel Coins from 120 Cartel Coins.  It’s a deal, it’s a steal, it’s the sale of the f****** century!

Check out the patch notes below: