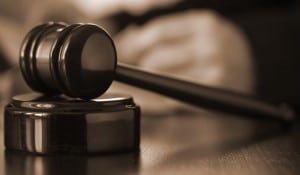 Is it legal to sell your SWTOR account if you are no longer playing it? If you live in Europe, it will be. A European court has now deemed it legal to resale the rights to used software licenses, no matter how or where they were obtained. This includes video games like SWTOR.

“A European court has ruled that it’s permissible to resell software licenses even if the package has been downloaded directly from the Internet. It sided with a German firm in its legal battle with US giant Oracle.”

Basically this means that you can buy and sell your SWTOR account as you please in Europe. But what does this mean for items or credits? That we are not sure on yet.

“The ruling made it clear that trade in used software was permissible even if the software had not been shipped on a physical medium such as a CD or DVD, but had been digitally downloaded from the Internet.”

So this means games downloaded via Origin or Steam are included in this ruling. It’s really interesting when you think about this ruling and what it could mean. If one was willing to invest the time and energy into it, you could create a business out of playing games- buying them, leveling up characters and then selling them to the people with “real jobs” who don’t have the time to invest into getting what they want in the game.

All of this would be perfectly legal.

What impact might this ruling in Europe have on games with international licenses? How will it affect the gaming companies?