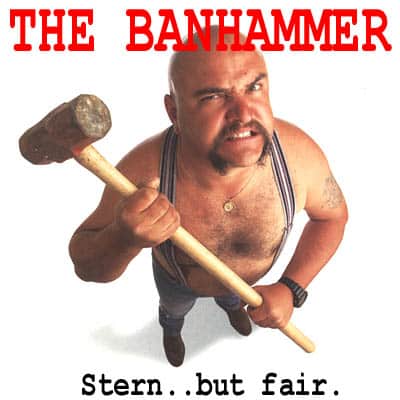 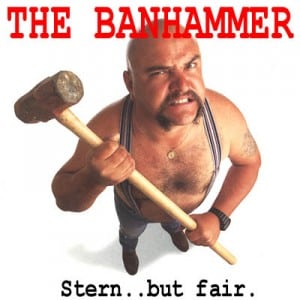 The SWTOR community was in an uproar yesterday over unexpected bans regarding the trading of Cartel color crystals. The confusion came in over whether or not it was within the rules to copy the crystals and send them to alts.

It seems some players copied them and then attempted to sell them but players who copied and sent to their own account’s toons should not have been affected. However… some were reporting that they, too, were hit with the ban-hammer.

Eric Musco, Community Manager, then came in and made this post:

I made a post about this here but I know it will lose visibility off the front page. I have no information right now but we are actively investigating your reports. I may not have an update tonight but I will post information as soon as as I have it. In the meantime, please refrain from making new threads on the topic as they will be deleted. Remember that discussion of action being taken against players, exploits, etc. is against the forum rules.

Thanks everyone, I will get you more information as soon as I can!

This cooled many players off while they waited for an official word on the issue.

But now it seems that BioWare is pulling back on the bans, or at least some of them. Many people who were banned yesterday are getting this email today:

We are contacting you regarding the action that has been taken on your account.

We have now completed an investigation on the sanction applied. After reviewing your case, we have concluded that this sanction should be removed. We will take great care to ensure that this does not occur again in the future. As a goodwill gesture, we have added 3 days of game time to your account.

We regret any inconvenience caused by this issue.

However, many are reporting the forum ban is still not lifted. Bugs are to be expected in a game and mistakes will happen from time to time but mistakes of this caliber are the type that turn a player off a game, or even an entire publisher/developer, forever.

Your reports have been fully investigated and I wanted to pass on what we discovered, and what happened as a result. As some of you are aware there were some exploits which were introduced with Game Update 2.1 around Color Crystals and Collections. These exploits were fixed with Update 2.1.0b. We take exploits in our game very seriously and we had been working to action players who had used those exploits. Yesterday was our Terms of Service team doing exactly that.

What occurred, and what you folks reported, is that there was a small subset of players who were incorrectly caught in this tracking and subsequently actioned. Just to give you a bit of perspective, there were less than 150 people in total who were incorrectly actioned as a part of what happened yesterday. If you were one of those players who had not been exploiting and were wrongly flagged, you should have already been contacted by CS as of reading this message. If this is what occurred to you I cannot express how sorry we are. We are going through great lengths internally to avoid situations like this happening in the future.

If you have not had your suspension reversed and you feel this was in error, please contact accountdisputes@swtor.com and they will be able to look into the issue further. We apologize for any inconvenience this has caused, again if you were affected you should have already been contacted and if not please email the address listed above.