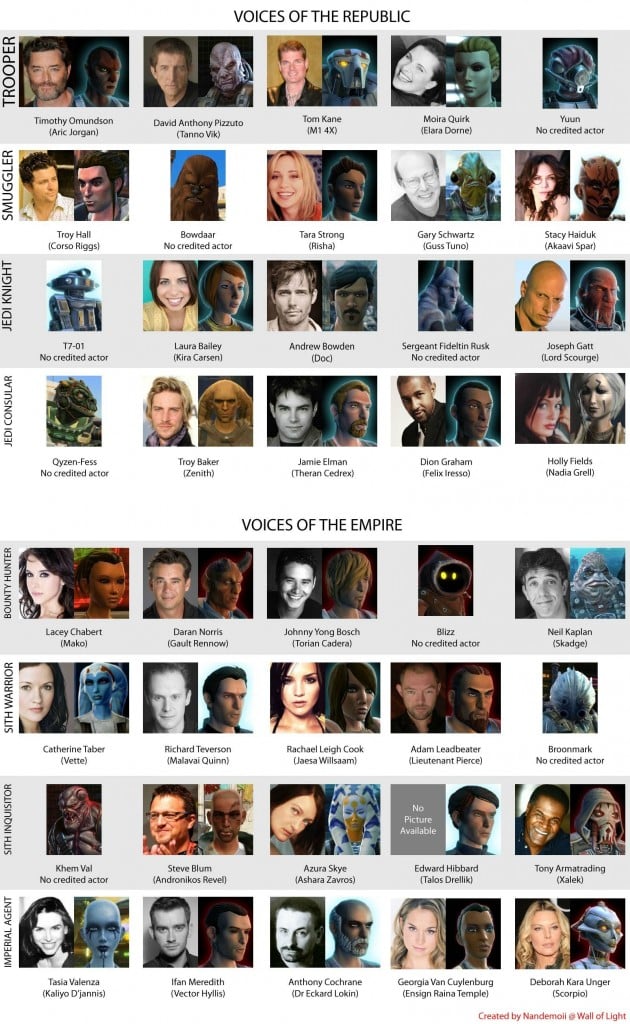 So if you’ve been following the industry news, you may have heard rumor about a potential voice actor strike. Negotiators for SAG-AFTRA are seeking a strike authorization from video game voice actors after failed negotiations for a successor deal, according to reports from Variety. They set a fast-approaching deadline of Oct 5th and the contract covers work done for Activision, Electronic Arts, Warner Bros., Disney and more.

So this leaves us with a curious burning question: if a strike happens, how will the game be affected?

It could be a large impact, seeing as how voice acting is such a huge part of SWTOR. That said, some previously datamined info gives the impression that most of the script is in the PTS files already so this would only be problematic if they needed to make edits. Basically, if this is the case, they are stuck with what they have and they won’t have access to the actor for anything new.

It’s also very, very likely Bioware has a good backup plan in case the strike does happen and they are not fully prepared for a complete Season 2. It could be a plan to focus more on group content, for example.

So while it’s important to note that the strike hasn’t happened yet and is merely being discussed as an option, it does make us curious to see how this will affect the game. There will be a negotiation phase first and if some common ground is not found, then the actors could follow through with the strike. Honestly, only time will tell.