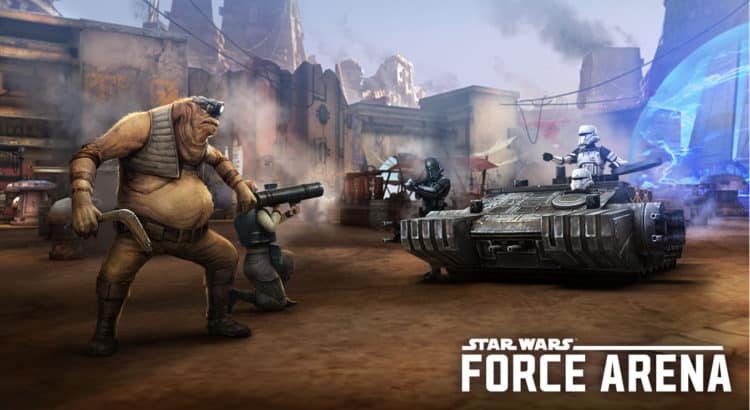 Tomorrow will see a new game update For Star Wars: Force Arena. This update features adjustments made on the arena to improve the overall experience of the game. For details, please see below:

Balance improvements were made to the popular 2 vs 2 Arcade Mode. In this mode, there had been a strategy to constantly strike an opponent’s middle turret with an airborne support card and a specific leader. It was decided that this undermined the strategic diversity and fairness of the game. Therefore, in this patch, the amount of damage to the middle turret and Shield Generator will be adjusted while the effectiveness of support cards in general combat is maintained so that Squad Leaders can enjoy a fairer 2 vs 2 Arcade Mode.

Obi-Wan Kenobi is one of the most popular Light Side leaders who has been greatly favored by Squad Leaders since his release. However, the effect of his special ability “Lightsaber Defense”, which is activated when Obi-Wan’s health reaches a certain percentage, has excessive efficiency compared to the initial development intent. Therefore, in this patch, Obi-Wan’s special ability was adjusted.

First Order BB-Unit is a special unit often used to repair heavy units deployed in the battlefield, like AT-ST Walker and TX-225 Assault Tank. In this patch, the AI was improved to track and repair tech units so that BB-Units can be used in battle more actively.