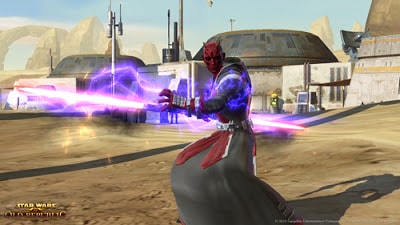 Zabraks were a humanoid species born with vestigal horns native to Iridonia. They were born with vestigal horns and well-developed mental willpower. The species was divided into a number of different races, each exhibiting different horn patterns. Zabrak were also fond of intricate facial tattoos designed to reflect their individual personalities.

The Zabrak were one of the earliest spacefaring species in the Galaxy. Their homeworld of Iridonia was a frighteningly harsh planet, which led many Zabrak to settle on other worlds, including Talus and Corellia. The Zabrak also maintained eight colonies throughout the Mid Rim region of space, and most Zabrak identified themselves by their colony first and foremost.

Most Zabrak spoke both their native tongue Zabraki and Galactic Basic. Agen Kolar spoke in a “gentle Zabrak baritone,” suggesting that that vocal trait was common among the Zabraks.

Physiology
Zabrak resembled Humans to some degree, but had a number of significant physical characteristics that set them apart from baseline humanity. The most striking of these were a series of vestigial horns that crown the heads of both males and females. These horns grew at puberty in varying patterns and signified that the time of their rite of passage was drawing near. The horns were among the one trait shared by the many Zabrak subspecies, which were divided by a number of physical characteristics which differed from subspecies to subspecies. These could include different skin tones (which included peachy white, yellow, red, tan, brown and black) horn patterns, hair growth (though it should be noted that Zabraks, unlike humans, could not grow eyelashes, eyebrows or facial hair) and eye color (which have certain pigmentations that humans lack, such as purple, yellow, red and orange). Many inner physical differences exist between Zabraks and humans, including Zabraks’ two hearts.

Another of the traits that made Zabrak instantly recognizable were their facial tattoos, which were made up of thin lines received during their right of passage. These could symbolize many things, including but not limited to family lineage, place of birth, or even a design that reflected their individual personalities.

Personality
Zabraks were often seen by most other species as being single minded, an exclamation that was not terribly incorrect. This single minded determination came from the fact that they were a race with a strong sense of self assuredness, confident that they were able to accomplish any task that they set out to do. However, this did not lead a Zabrak to develop a sense of prideful superiority towards others, though there was often the occasional competition between colonies. This was not seen as a negative, however, for the Zabraks believed that the various experiences of the different colonies only served to add values to the race’s overall value to the Galaxy.

Zabrak from Iridonia were considered to be more war like than Zabrak from their colony worlds, most likely due to the rugged terrain that made up their home world. For that reason, they developed a highly physical style of martial arts, which were a requirement for young Zabrak to learn. It was not uncommon for Zabrak from Iridonia to be among the best hand-to-hand fighters and weaponsmiths in the galaxy. Zabrak from colony worlds also shared that drive for excellence, but encouraged their children to express it in other ways. It was thus not surprising to see that the Zabrak met with success in many fields, ranging from medicine to entertainment. 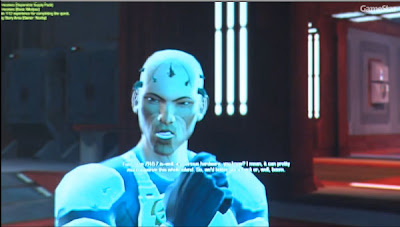 History
As one of the earliest spacefaring species in the Galaxy, the Zabrak played a major role in Galactic affairs. Like the early Humans, the Zabrak established many colonies outside their home system early in their history. The Elomin species was believed by some xenoarchaeologists to be descended from Zabrak colonists who settled Elom in the distant past.