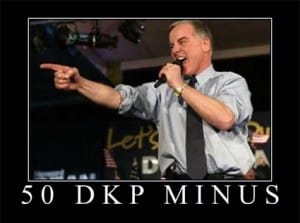 “I could do a better job than you ever did!” I couldn’t believe I was arguing with an ex-raider on facebook. I was even more disturbed that I was being attacked by someone I considered a friend.

“Trust me, you couldn’t. It was complex.”

“There’s nothing complex about it!” I decided to step away from the situation at this point. I have known for quite some time, raid leading is not for everyone.

Welcome back to another exciting issue of Intergalactic Intel! I’m currently explaining the finer points of raiding in detail. Last week we looked at how to analyze a fight, from strategy to team make up. This week we’re looking at one of the hardest duties in a raid being the raid leader. I’m going to split this particular one into two parts, what you need to be a raid leader and tips that I was never told as a raid leader. We’ll cover the responsibilities and what a raid leader actually does next week.

Allow me to begin with this. Raid leading is not for everyone. It can be a stressful and difficult task. So let’s begin the article with a list of qualities a raid leader needs. If you don’t have these skills than you, may not wish to be a raid leader.

No matter what a raid leader’s role in the actual raid is, they need to be good at it. They need to be at the top of the meters, never missing a mark. Near perfection is needed. To run your raid you’ll need to earn the respect of your raid members. Constantly preforming well is a key and fast way of earning said respect.

When I say socially intelligent I don’t mean you know the latest and greatest in pop culture. I mean you need to be able to read people’s emotions. When people are frustrated you need to know when and how to calm them down. You need to realize that kicking someone may cause a chain of people leaving your guild.

You need to be active. More active than any other member in the guild. Your play time should easily average over 10 hours a week. If you’re not active be it crafting, pvping or simply goofing off your raiders won’t really know what to do, and you won’t be easily approachable.

Being an experienced raider is a key aspect of a raid leader. Knowing how various mechanics work, when to know if everything is flowing. If you’ve only done about 4 raids it’s not a good idea to become a raid leader.

While the responsibilities of a raid leader are pretty straight forward there are a few tips that I wish I had known before taking over the raid leader position:

1). You cannot please everyone

Someone will need to sit every so often. You may need to kick some people who aren’t preforming well enough. Some people may just not like your style. You can’t please everyone.  So don’t try to. Doing so will only upset more people and cause you copious amounts of frustration.

No matter what people tell you, emotions will get in the way. I’ve watched people get angry after seeing their friend be benched for the second week in a row. I’ve seen people threaten raid leaders with participation if they don’t get an item. While you rarely want these kind of people in your raid, it well happen.

You also need to realize that dropping someone may cause a chain reaction of events. When I ran my guild in world of warcraft we had a DPS in our group who was subpar. But he was best friends with my healing and tank lead. Kicking him out of the guild would cause both the tank and healing lead to leave.  Thus keeping that one DPS and benching him every other week was my plan of action.

Recruiting can be hard. Even with a full roster you need to keep recruiting. Constant recruiting does two things. The first of which is keeping your players at their best. If they know that their position in the raid is jeopardized they will play better and harder than they ever have. The second is as a failsafe. People drop off the face of the earth all the time in online games. Emergencies happen all the time. Having an excess amount of users helps prevent this.

Make sure your guild members are helping with the recruiting. Everyone should be posting and spamming constantly, on the hunter for new members. Every new member that you receive you should give a bonus to the user for finding that new raid member. Maybe large sums of credits, or some rare augments, give them something as payment.

That’s it for this week’s article. I’ll have the next one out soon as well as a review for a new SWTOR android app! Until next time, may the force be with you!