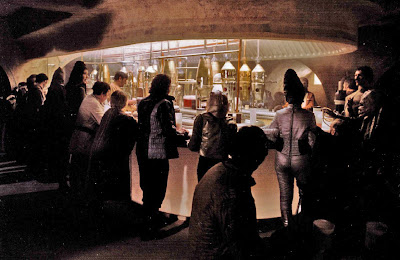 Rafe is a 20 year old, who lives in Tennessee. He plays complex characters and always challenges people to do their best. Zach is a college senior in digital animation, from California, his nick name Heal-bitch-2000. Gene is single mother of three. She spends her time in Stormwind recruiting for her guild while working full time. What do these people have in common? Every week we’re willing to sit down in front of a computer

The key to having fun with any MMO, or any game for that matter, is community. Everyone starts off with the one real life friend on their buddy list. Maybe one or two people they’ve been introduced with. But usually they are on their own. While not a bad way to start an MMO, but when I tell people you should try an MMO. I really mean is gather a group of friends and start playing with them. They can be from anywhere. They could be previous games, co-workers, family members…well maybe not family members, but start with a group. This is even more important with new MMO’s like The Old Republic.

Personally, I have a group I’m starting The Old Republic with. A bunch of people from my University are excited for the game. Though I’m not sure how safe the Galactic Republic will be with an ex-radio host, a retail employee and a college dean…Back on topic! Community! Choosing who you surround yourself with is up to you. Do you want a competitive group? Causal? PvE? PvP? Staying interested in the game is making sure you have something to keep you interested, but making sure you have friends to play with you is far more important from personal experience. 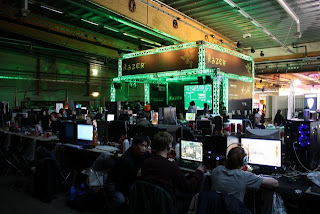 Without a community, you’re the loaner. The wondering mercenary in the digital world. For many people this is a choice, while others have yet to be introduced to the right group, and some are from a result of poor choices. Many people are content with being alone. I, personally, am never okay flying solo. There are some interesting characters on the internet. One of my favorites is a druid on Stormrage named Treefingerz. A thirty something, drunk veteran who makes any mundane task hysterical. It’s just like the first day in a new school. You’ll get picked on, someone might stand up for you, but at the end of the week hopefully you’ve made some new friends.

But what are communities to the more hard core crowd? Laughs are one thing but what about killing bosses? With new games, or expansions having a strong community is mandatory for hard core players. Having allies on the same time schedule helps a lot. Having allies who only want to progress will part with an item for cheaper than it should be or even for free…use that advice on your own warning.

So as we tune our lightsabers, polish our blaster pistols, and install that tiny disco ball in our starships, take a trip to a fan site. Check out Reddit, or even go to the official site. Get your group together before this epic war begins. Trust me everyone needs a Chewbacca, by their side. Remember games are only as fun as you, and your community allow them to be