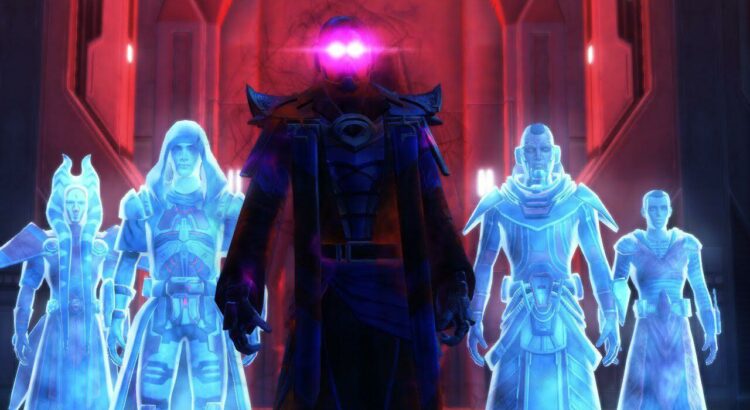 SWTOR players, get ready for a new month of exciting in-game events! Here’s what’s coming up in January 2023:

Don’t miss out on these exciting in-game events in January. Log in to SWTOR and join the fun!

It is that time of the year again – denizens across the galaxy get ready to celebrate Life Day! Special Missions like “A Special Snowflake”, “Parcel Droid”, and “Could Use a Good Hug” are available during this limited time. Throwing snowballs and participating in these Missions will earn players Snow-Covered Parcels, redeemable for unique rewards. Get out there, throw some snowballs, hug some Wookiees, and most importantly, have fun! For this year’s edition, we’re introducing new rewards such as a new Gala Hat, the Family of the First Seed Weapons, and new decorations.

A special “Anniversary Personnel” vendor can be found on the fleet with new Class Ship Stronghold Decorations. All previous anniversary rewards will also be available during this limited time as well. We’ve also brought back the annual stronghold sale! Both Coruscant and Kaas City Strongholds have received their annual discount, and can be purchased for only eleven credits each until the launch of our next game update!