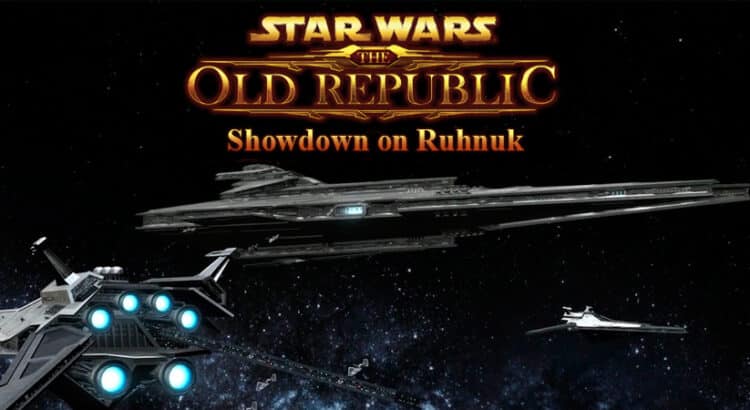 Star Wars: The Old Republic fans, get ready for the highly anticipated Game Update 7.2: Showdown on Ruhnuk! Scheduled for release on Tuesday, December 13th, this update brings a host of new content and features to the game, including a brand new story-driven Flashpoint, new world events, and exciting new challenges for both solo players and groups.

One of the most highly anticipated features of Game Update 7.2 is the new Flashpoint: Showdown on Ruhnuk. This story-driven mission takes players to the planet of Ruhnuk, where they must face off against the forces of the Galactic Republic and the Sith Empire in a fierce battle for control of the planet. With a mix of solo and group content, Showdown on Ruhnuk offers players the chance to experience intense combat and challenging gameplay, all while uncovering the secrets of Ruhnuk and its inhabitants.

In addition to the new Flashpoint, Game Update 7.2 also introduces two new world events: the Return of the Gree event and the Rakghoul Resurgence event. The Return of the Gree event sees the return of the ancient alien race known as the Gree, who have come to Ruhnuk in search of powerful artifacts. Players will have the chance to participate in daily and weekly missions, as well as challenges and rewards, in order to help the Gree in their search and earn valuable rewards.

The Rakghoul Resurgence event, on the other hand, sees the return of the deadly Rakghoul plague to Ruhnuk. Players will have to band together and fight off waves of infected creatures in order to prevent the spread of the plague and earn valuable rewards. Both events offer solo and group content, and players can participate in them at their own pace.

In addition to the new story content and world events, Game Update 7.2 also introduces a host of new challenges and rewards for players to enjoy. These include new Daily and Weekly Missions, as well as a new Operation: The Nathema Conspiracy, which takes players on a thrilling journey to uncover the secrets of the planet Nathema. Players will also be able to earn new gear and items, including the powerful new Ruhnukian Lightsaber and the mysterious Ruhnukian Crystal.

Overall, Game Update 7.2: Showdown on Ruhnuk promises to be a thrilling addition to Star Wars: The Old Republic, offering players a host of new content and challenges to enjoy. Whether you’re a solo player looking to explore the story of Ruhnuk and its inhabitants, or a group of friends looking to take on the toughest challenges the game has to offer, there’s something for everyone in this exciting update. So mark your calendars and get ready to experience the Showdown on Ruhnuk on Tuesday, December 13th!