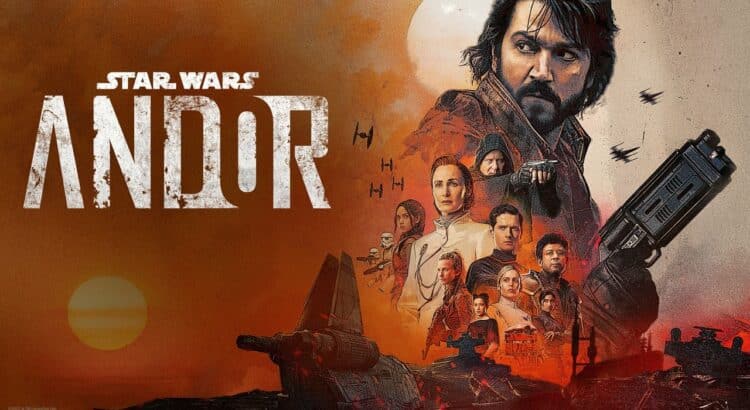 As fans of the Star Wars franchise eagerly awaited the release of the latest television series, “Andor,” many were skeptical about whether it would live up to the high standards set by its predecessors. However, it seems that the show has exceeded all expectations, with Empire naming it the best show of the year.

“Andor” follows the adventures of Rebel Alliance hero Cassian Andor, played by Diego Luna, during the early years of the Galactic Civil War.

One of the standout aspects of “Andor” is its focus on character development. Unlike many other Star Wars productions, which tend to prioritize action and special effects, “Andor” takes its time to explore the motivations and relationships of its characters. This allows viewers to truly connect with the characters and become invested in their stories.

Additionally, the show is praised for its incredible production values. The attention to detail in the sets and costumes is impressive, and the special effects are top-notch. The result is a visually stunning and immersive experience that transports viewers to a galaxy far, far away.

But perhaps the most impressive aspect of “Andor” is its ability to tell a compelling story within the established Star Wars universe. The show manages to seamlessly incorporate elements from the films, such as the Empire’s ruthless pursuit of the rebels, without feeling like a rehash of old material. Instead, “Andor” adds new layers to the existing Star Wars mythology, providing new insights and perspectives on the characters and events of the franchise.

Overall, “Andor” is a must-see for any Star Wars fan. Its compelling characters, beautiful visuals, and engaging story make it a standout addition to the franchise and a worthy recipient of Empire’s accolade as the best show of the year.