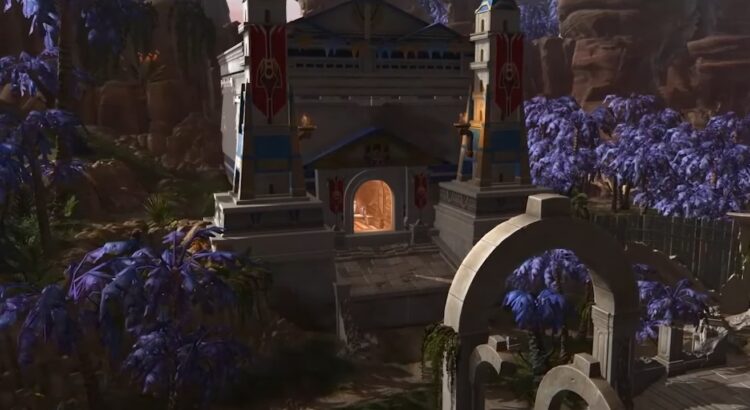 If you were unable to watch–or if you want a recap of everything we showed during BioWare Austines Game Update 7.2 Livestream, The guys was so nice to record it! Below is a breakdown of what was showed, including timestamps for the different segments of our livestream.

To celebrate the upcoming launch of Game Update 7.2, “Showdown on Ruhnuk,” use the code LotSGallore on this page to get your own Colonel Gallo Stronghold decoration. Don’t wait too long, as this code will only be available until November 16th, 2022!

Senior Game Writer, Jay Watamaniuk, gives an overview of all the characters–both enemies and allies–players will meet in “Showdown on Ruhnuk,” including some familiar faces.

Lead Writer, Caitlin Sullivan Kelly presents the Ruhnuk Daily Area Story, including new characters Lane Vizla and Kur Ha’rangir. She also gave an overview of the new Reputation Track and rewards players can obtain from it.

Lead Game Producer, Eric Musco, and Community Manager, Jackie Ko, talked about the updates that are coming to PvP, such as changes to PvP queues, removing the distinction between Unranked and Ranked modes, the PvP reward track, rewards, and the new “Onderon Palatial Ruins” Map!

(From left to right: Cartel Delegate’s and Enforcer’s Armor Sets.)

(From left to right: Cartel Prospect’s and Combatant’s Armor Sets.)

Systems Designer, Bryant Wood, discussed gearing changes we’re bringing with Game Update 7.2. We invite you to join us on the forums to give your feedback on gearing in the R-4 Anomaly Operation and to get more details on gearing changes, such as new Legendary Implants, Currency Conversions, and QoL improvements.

Players got a sneak peek of 7.2 Cartel Market Items with Art Monetization Director, Bradley Lewis. Among the new items, players will be able to purchase the Master Orr’s Lightsaber, the Ceremonial Beskad Blade, the Ri’Kan’s Vibro Axe, and items inspired by The Book of Boba Fett, such as the Pyke Syndicate’s Armor Set.

We’ve also announced the return of the Life Day Event with new snowglobes themed around the R-4 Anomaly, Manaan, Ruhnuk, and Elom. Get ready to throw snowballs and hug wookies beginning with 7.2’s launch.

(From left to right: Snowglobes themed around R-4 Anomaly, Manaan, Ruhnuk, and Elom.)

Players will be able to jump into the Public Test Server right now to experience new 7.2 content. Check out the PTS sub-forums here for more details.

Game Update 7.2, “Showdown on Ruhnuk,” launches free to all subscribers in Winter! Keep an eye on our social platforms and website for more updates!